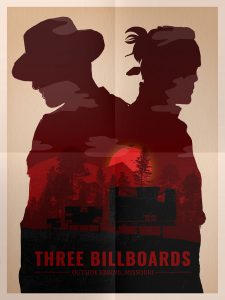 Shutterstock’s talented team of in-house designers seek new inspiration in the challenge to reinterpret the nine nominated films by channelling aesthetics from a variety of artists, both original and contemporary, from around the world. Each of the posters are created using imagery from Shutterstock’s collection of over 180 million images.

The creative process involves each designer selecting one of 2018’s leading films to analyse and then identifying an artist to draw inspiration from to reimagine a movie poster.

The collection of re-imagined movie posters honours the legacy of icons like Kiki Kogelnik, an Austrian painter, sculptor and printmaker, while also taking cues from contemporary artists like Takashi Murakami, a Japanese artist known for his immediately recognisable candy-like colours and anime-esque aesthetic. 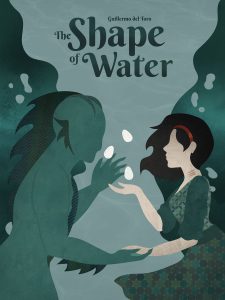 This year’s list of nominated films and the artist inspiration for each includes:

“This year’s nominations illustrate a wide range of time periods from the early days of World War II to modern day America, each with a storyline that is primarily dramatic in nature making them the perfect inspiration for a new, more colourful interpretation” said Shutterstock’s Curator, Robyn Lange. “This is a creative tradition we look forward to every year and it is an opportunity to display the incredible artwork of our contributor community while also celebrating the talent of visionary artists, directors, producers and designers.”

Shutterstock photographers will be covering celebrity arrivals on the red carpet, as well as the press room and a number of parties at the 90th Academy Awards event on Sunday, March 4th.