By newsroom on July 21, 2017Comments Off on Škoda Spain and Proximity Barcelona unveil ‘the Desert Cowboys’ campaign to fight isolation

In 2015, Škoda, together with Proximity Barcelona committed to tackle the problem of isolation launching the Cannes Lions award-winning “70 Guardians of Winter” campaign, a project that helped Škoda save Spanish village Valdelinares from being abandoned.

In July 2017, Škoda comes back with a second initiative to keep fighting isolation with “The Desert Cowboys” campaign. The Tabernas Desert in Almería played a major role in the development of the western industry. Many of the most iconic spaghetti westerns were filmed there, including “The Good, the Bad and the Ugly”, “A Fistful of Dollars” and “Once Upon a Time in the West”, which catapulted Clint Eastwood and director Sergio Leone to fame. 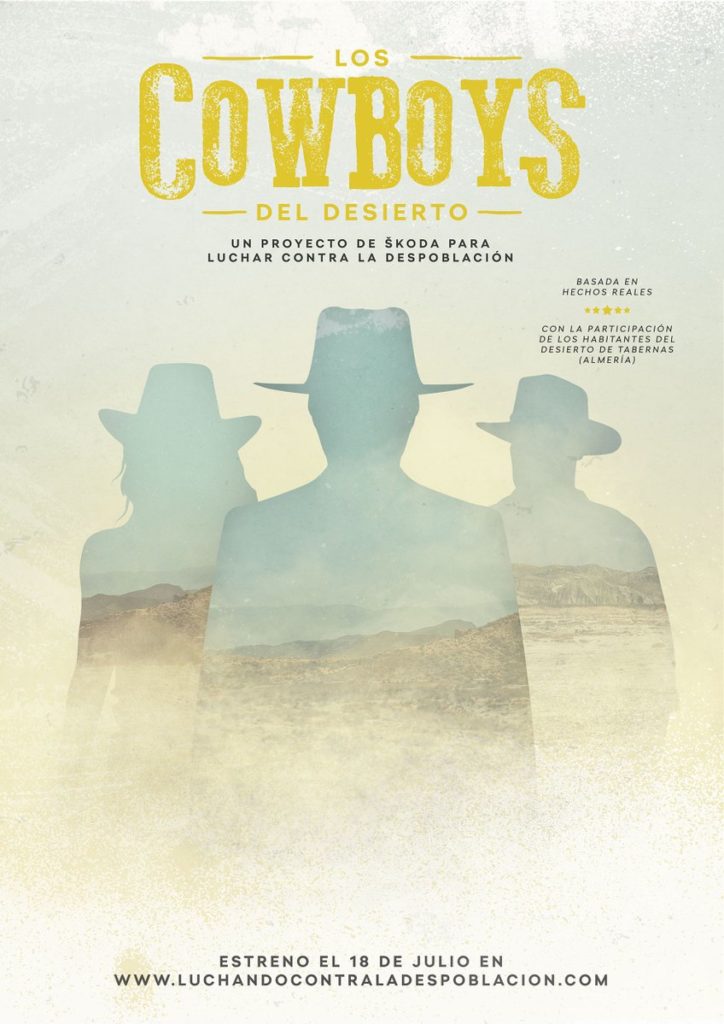 However, after this glorious past, the villages in the Tabernas Desert have suffered from unemployment and poor transport conditions, leading to huge demographic implications for the area, like an ageing population.

The project, with the hashtag #Letsfightisolation, was launched with the presentation of a short film in classic western style, starring people who live in the desert villages. If the video reaches 5,000,000 views it will demonstrate public support for the plan to create a desert transport service – a stagecoach for the 21st century.

Eva Santos, Creative Director at Proximity Barcelona said: “many people are unaware that the history of the western is closely linked to our country and that this region still has a lot to offer to film makers. Simply by sharing its history, we are helping to build a new present, which is why we chose this kind of device for the campaign.”

The stagecoach service will be free and will connect several villages in the area which no longer have transport, such as Tahal and Senés. Proximity Barcelona and PHD designed the media plan which includes several branded content films that will be released during August and September, exploring the region, its history and people in greater depth.

Škoda has also promised to stimulate economic development in the area by promoting the film industry in the region as well as sponsoring the Almería Western Film Festival. This festival is dedicated to westerns, and was launched in 2011 with the aim of repositioning Almería as one of the world’s leading film locations. 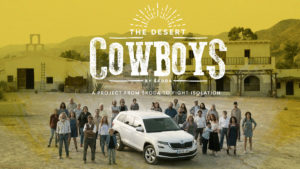 Santos adds, “With this campaign, Škoda wanted to pay tribute to the people who live in a place that was a key factor in the western film industry, which brought a lot of glamour, tourism and business to Spain. What if “The Desert Cowboys”, succeeds in making the genre popular again, and film makers come back to check out these legendary film sets? There’s a famous quote from “The Good, the Bad and the Ugly” that goes: “There are two kinds of people in the world, my friend. Those who have a rope around their neck and those who have the job of doing the cutting.” It perfectly expresses the idea behind the campaign; Škoda wants to take the initiative and cut the rope before it is too late.”

The company aims to extend the scope of its project far beyond Almería and Spain, as its goal is to make people aware of the global problem of isolation that affects rural areas all over the world.

Škoda Spain and Proximity Barcelona unveil ‘the Desert Cowboys’ campaign to fight isolation added by newsroom on July 21, 2017
View all posts by newsroom →