Sky Sports Cricket is to broadcast its first ever dual Hindi and English language promotion ahead of the upcoming England v India Test series.

The campaign launches July 28 in advance of the first game of the five match series. The promotion has been created in-house by Sky and will be delivered via AdSmart to a range of households, including those who regularly view multicultural content such as Star Plus, Colors and Zee TV – all channels represented by Sky Media. 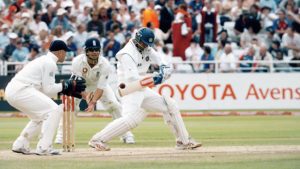 The viewing of cricket by British Asian audiences is at an all-time high, accounting for over 20% of the viewership of first set of T20 internationals. However, recent research by the IPA has found that British Asians often feel under-represented in media plans with 77% claiming mainstream advertising has no relevance to them. The 5 test series sponsored by Kia runs until 11th September and will be broadcast on Sky Sports Cricket.

The move to introduce a culturally relevant promotion is a significant milestone for Sky and follows the success of six Indian brand campaigns broadcast on Sky Sports during the Indian Premier League (IPL) cricket tournament, which included an advert from luxury property developer Lodha spoken entirely in Hindi.

The promotion will be served in the form of a 30-second TV ad spot showing flashbacks of successful Indian cricket matches against England since 1932. 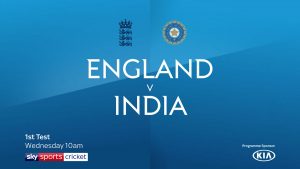 Debarshi Pandit, Head of Multicultural Business at Sky Media said: “Ethnic audiences in the UK are watching more mainstream channels and sport than ever before and with the current tour poised evenly between England and India, there is huge interest in the upcoming Test series. This promotion marks a milestone in that it is the first to be broadcast in both Hindi and English, demonstrating our ongoing commitment to better connect with our audiences.”

Sky Media currently has the largest portfolio of multicultural channels in the UK, with more than 25 channels consumed by 4 million people.