By newsroom on May 2, 2013Comments Off on Sony Takes First Steps In Ad Overhaul 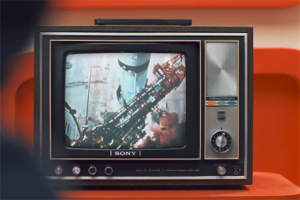 Sony is shaking up its global agency relationships, with reviews of the mobile and electronics media accounts coinciding with the appointment of Adam & Eve/DDB to handle global advertising for Sony Mobile

The company is holding two separate media pitches. A series of regional pitches for the Sony Electronics account are taking place alongside a contest for the global Sony Mobile business.

A review of the European Sony Electronics account, which covers products including televisions, cameras and the Vaio range of laptops, has put the incumbent, OMD, on alert.

The network has handled the business since 2002, when it had billings of £320 million across 22 countries. Sony UK currently spends £3 million on UK media, according to Nielsen.

PHD, the incumbent on Sony Mobile, is not expected to repitch. It won the account in November 2011 from MEC. Sony Mobile currently spends £8 million on UK advertising.

Sources also said that a contest for the electronics business in South-East Asia is under way. Media activity for Sony PlayStation and Sony Pictures is not included in the review process.

Adam & Eve/DDB landed the Sony Mobile business after a pitch process and will be responsible for developing the Xperia “best of Sony” campaign that was started by McCann London. McCann, according to Sony Mobile, will keep a place on its roster.

Dennis van Schie, the global head of marketing for Sony Mobile, told Campaign Live: “Adam & Eve/DDB absolutely ‘got’ our vision for the evolution of our brand communications.”

A separate review for the Sony Mobile UK retail advertising account, handled by Iris, is ongoing.

Sony Takes First Steps In Ad Overhaul added by newsroom on May 2, 2013
View all posts by newsroom →