By newsroom on November 19, 2018Comments Off on The&Partnership London and Lexus unveil world’s first campaign written by AI and shot by Oscar-winning director

The&Partnership London and Lexus will next week unveil â€˜Driven By Intuitionâ€™ â€“ the worldâ€™s first advert written by an AI and shot by an Oscar-winning director, Kevin Macdonald, for the new Lexus ES.

Following on from the success of campaigns like The&Partnershipâ€™s 2015 Lexus Hoverboard Project, â€˜Driven By Intuitionâ€™ aims to highlight Lexusâ€™ credentials as a brand at the cutting edge of technical innovation, testing the boundaries of humans and machines working together. 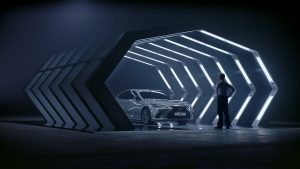 By exploring the importance of intuition between man and machine, the campaign aims to showcase the uniquely responsive features of the new Lexus ES executive sedan â€“ a car that responds intuitively to the driverâ€™s intentions and changing road and traffic conditions.

The script for the 60â€ film was written by The&Partnershipâ€™s first â€œAI creativeâ€ â€“ a specialist automated script-writer built in collaboration with tech partner Visual Voice. The AI was given a unique understanding of human intuition which helped enable it to create a car advert to rival all others.

The AI, built with Visual Recognition support from IBM Watson, was â€˜trainedâ€™ with 15 yearsâ€™ worth of Cannes-Lions-winning car and luxury advertisements, and was primed with emotional intelligence data from Unruly to teach it which moments of those adverts connected most strongly with viewers. It was then coached in intuition via a bespoke experiment for The&Partnership by applied scientists MindX, based at the University of New South Wales. The study explored what makes somebody intuitive, as well as how people with high levels of intuition respond to car adverts. 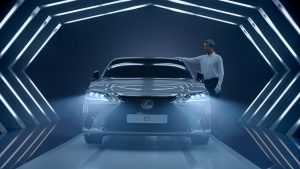 The AI then produced the script for the campaign: A narrative rich in genuine human emotion and undistinguishable from something written by a human, bar some unexpected details. For example, the AI gives the character of the car sentience and surprising emotional depth – a machine telling the story of a machine coming to life. Alongside each line of the script, the AI produced a highly detailed data key, providing references spanning the 15 yearsâ€™ worth of adverts it had studied to back up the effectiveness of each twist and turn in its storyline.

Some of the key findings from the AI in terms of the ingredients for a perfect car advert were that: the car doesnâ€™t need to drive at all, unless this is part of the story; the driving should be peripheral to the story; characters in the story should have an emotional designator, for example a husband or father over driver or engineer; and the use of children helps increase the emotionality of an advert. Additionally, strong facial expressions are more powerful than strong language; ads are most effective where use of the spoken word is limited; use of a midpoint or twist is important to keep the story moving and to maintain interest; and the midpoint should involve an unexpected event, for example a crash or near miss. 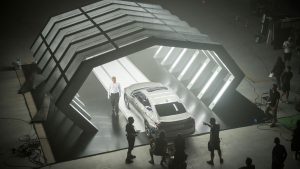 The result is an unusual and engaging short drama: a 60â€ film telling the story of a Japanese Lexus Takumi Master craftsman who, having worked painstakingly on the new Lexus ES, releases his finished car out into the world â€“ only for it to be kidnapped and nearly destroyed. At the crucial moment, however, the car comes to life to avoid its own test crash â€“ demonstrating the engineering and design that make the new ES Lexusâ€™s most intuitive model to date.

To bring the AIâ€™s script to life, The&Partnership brought in visionary director Macdonald, whose films include â€˜The Last King of Scotlandâ€™ and â€˜Whitneyâ€™ as well as Oscar-winning documentary â€˜One Day in Septemberâ€™.

Macdonald said he was immediately intrigued by the concept, recognising how it required a different approach from a conventional film.â€œWhen I was handed the script,â€ said Macdonald, â€œthe melodrama of the story convinced me of its potential. The fact the AI gave a fellow machine sentience, placed it in a sort of combat situation, and then had it escaping into the sunset was such an emotional response from what is essentially a robot. The charmingly simplistic way the AI wrote the story was both fascinating in its interpretation of human emotion, and yet still unexpected enough to give the film a clearly non-human edge.â€ 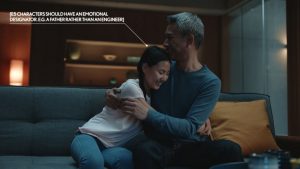 The film is part of a multi-market, multi-asset platform rolling out across Europe to promote the Lexus ES executive sedan. The carâ€™s innovative chassis boasts features including a GA-K (Global Architecture â€“ K) platform and intelligent Lexus Safety System+ functions, enabling it to brake for the driver as well as responding to road and weather conditions.

The campaign, which will reach audiences across digital, social and cinema, was created and overseen by Dave Bedwood, Creative Partner at The&Partnership London, and produced by Carnage.

Dave Bedwood, Creative Partner at The&Partnership London, said: â€œI thought Iâ€™d be writing an ad with the assistance of A.I. Instead it took over and wrote the whole script: a machine telling the story of a machine coming to life. A lot of other AI work to date has been interesting because of the process itself. This has been fascinating â€“ maybe scary â€“ because the end product is good in its own right.â€

Vincent Tabel, Senior Brand Manager at Lexus Europe, said: â€œHere at Lexus we love to push the boundaries of technology and design, and thatâ€™s why we wanted to do something completely different â€“ a world first â€“ to launch the new Lexus ES. The ES is both intuitive and innovative, so we wanted the advert to reflect this. The resulting film surpasses our expectations of what an AI is capable of, from its creativity to its human emotion.â€ 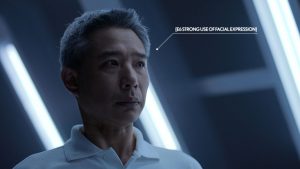 Alex Newland, Co-Founder of Visual Voice, said: â€œThis was both a challenging and fascinating project to be a part of. From the outset, it was almost impossible to know what level of quality or intelligibility the AI would produce. To see the project brought together with such a rich finished piece is extremely satisfying to witness. We believe this project moves AI-generated content from being a novelty gimmick into the beginnings of true, stand-alone creative merit.â€

The&Partnership Londonâ€™s CEO Sarah Golding has called upon the advertising industry as President of the IPA to grasp the opportunities for growth afforded by bringing AI and creative talent together. Her two-year â€˜Magic & the Machinesâ€™ agenda for the IPA aims to future-proof commercial creativity, and challenges advertising practitioners to embrace â€˜our new colleagues, the machinesâ€™ in order to produce more creative magic.

Said Golding: â€œWorking on a collaboration between Lexus, Kevin Macdonald and an AI creative has been our most exciting foray into Big, Bold and Bionic creativity to date. Itâ€™s fascinating to see how the AI has absorbed and drawn on Cannes Lionsâ€™ most prized car and luxury ads â€“ but the dollop of magic sauce is in our AIâ€™s insights into human intuition, and how to provoke an emotional response in an audience.â€

The&Partnership London and Lexus unveil world’s first campaign written by AI and shot by Oscar-winning director added by newsroom on November 19, 2018
View all posts by newsroom →