By newsroom on June 13, 2018Comments Off on We Are Social acquires Socialize, the Middle East’s largest social media agency 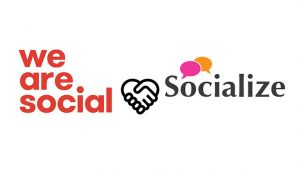 The move, which is subject to regulatory approval, is We Are Social’s first acquisition, and extends its network to the Middle East and North Africa (MENA) for the first time. We Are Social will now have 11 offices across nine countries, bringing its employee count to over 700.

This is the first step in a strategy to further accelerate We Are Social’s rapid growth with key acquisitions around the world. The partnership will give its global clients exceptional insight and access to the fast-growing MENA market.

Socialize, based in Dubai with a diverse team of over 40 people, is renowned for its award-winning strategic and creative work for a large regional client base, including Sony, General Mills, GEMS Education, Mercedes-Benz, Bioderma and Singapore Tourism. 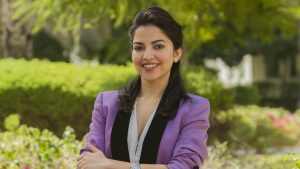 Socialize will continue operating as an independent brand under the leadership of Akanksha Goel, Founder and Managing Director, while taking advantage of We Are Social’s global infrastructure and agency ecosystem.

We Are Social was founded by Robin Grant and Nathan McDonald in 2008 and celebrates its tenth anniversary this year. It has offices in New York, London, Paris, Milan, Munich, Berlin, Singapore, Shanghai, Beijing and Sydney. We Are Social became part of BlueFocus Communication Group in 2014.

Robin Grant, Chairman and Co-founder, We Are Social said: “We’re incredibly excited to be welcoming Akanksha and the rest of the Socialize team to the We Are Social family. They’re kindred spirits who share our creative culture and passion for social. As one of the fastest-growing and most dynamic regions in the world, the Middle East is absolutely crucial for our global clients and having Socialize as part of our network has fulfilled a long-held ambition.” 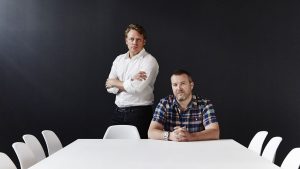 Akanksha Goel, Founder and Managing Director, Socialize said: “We Are Social’s entrepreneurial spirit and future-focussed offering makes it the perfect strategic fit for Socialize. We’re looking forward to joining forces with a network that is so like us from both a cultural and working practice perspective, a forward-thinking partner who shares our vision of the future and a global ecosystem that allows us to deliver greater value to our clients.”

The transaction is subject to regulatory approval from the relevant UAE authorities, which is expected to be received within the next few weeks. We Are Social was advised by Helion Partners and Osborne Clarke, and Socialize by R&D Venture Partners and Addleshaw Goddard.

We Are Social acquires Socialize, the Middle East’s largest social media agency added by newsroom on June 13, 2018
View all posts by newsroom →