By newsroom on March 31, 2016Comments Off on Weight Watchers demonstrate the power of positive thinking in ‘The Race of Two Minds’

Weight Watchers and Saatchi & Saatchi London has launched an online film, ‘The Race of Two Minds’, which shows how a positive mental attitude can be a powerful force in helping people achieve success. 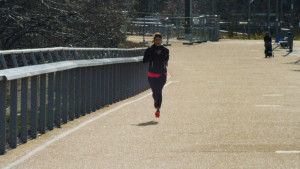 Directed by Ed Morris, the film was shot as an experiment following a woman challenging herself to run the same distance twice but with two very different influences. The first time, she listens to a track full of her own positive words of encouragement and the second, she listens to only her negative thoughts and feelings about herself. To her surprise, she runs a 21% faster time whilst listening to her positive inner thoughts.

The full length film will run online on YouTube, with “20 cut downs being shown on Facebook, Twitter, Instagram and Videology in the UK. Utilising Canvas ads, the new Facebook offering, users will also be able to watch the film, view the results and discover the science behind the insight. 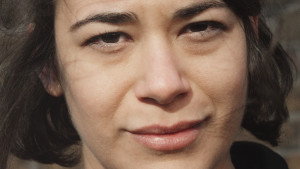 Audrey O’Brien, Marketing Director, Weight Watchers UK, said “we recognise that success goes beyond the scale and to adopt a healthy lifestyle it is important to build a better relationship between body and mind. As we continue our #WomanKind campaign we want to inspire women of the UK to be kinder to themselves by thinking positively.“

Ricardo Figueira, Digital Executive Creative Director at Saatchi & Saatchi, London, added, “the challenge of selling a product that people can only find inside themselves instead of on the shelves is very exciting. We decided to showcase an authentic real conflict between mind and body instead of just talking about it. We let the facts bring to life the difference our attitude can make. “

Weight Watchers demonstrate the power of positive thinking in ‘The Race of Two Minds’ added by newsroom on March 31, 2016
View all posts by newsroom →