By newsroom on January 15, 2018Comments Off on Which? appoints Charlotte Cool as Group Communications Director 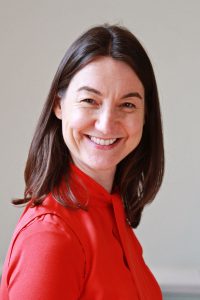 Which? is pleased to announce the appointment of Charlotte Cool to the newly created post of Group Communications Director.

Charlotte will lead external and internal communications across the Which? group, continuing to build its membership and its impact in making consumers’ lives easier, safer and fairer.

Charlotte replaces Laura Osborne, who has successfully led the communications function ​in an interim capacity since March 2017.

Which? Chief Executive, Peter Vicary Smith, said of the appointment: “I’m delighted to welcome Charlotte to Which? at such a pivotal time for the organisation. Charlotte brings a wealth of experience and will play a critical role in shaping Which?’s future as a consumer champion.”

Charlotte said: “I’m delighted to be joining Which? as it celebrates its 60th anniversary, to help deliver its ambitious commercial and campaigning goals, and to empower consumers in new and diverse ways.”

Which? appoints Charlotte Cool as Group Communications Director added by newsroom on January 15, 2018
View all posts by newsroom →