By newsroom on December 14, 2015Comments Off on Baxters launches new ‘Big on Flavour’ campaign by RKCR/Y&R 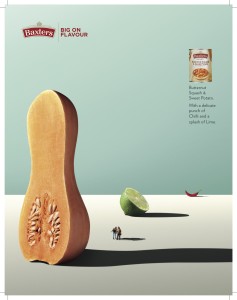 Baxters has launched a new campaign celebrating the big and bold flavours of its food range. The print and TV work is set in a quirky, offbeat world and introduces the audience to the outstanding flavours of Baxters, by showing two woman dwarfed by beautifully shot ingredients.

The work is the first by RKCR/Y&R for Baxters since the agency picked up the business in October and introduces the new food world of Baxters and their charming characters.

The three print ads feature women who appear miniscule as they walk through a backdrop of giant flavours. 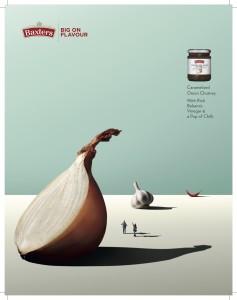 The ads are a new style for Baxters and reinvent them as a modern British brand.

Jaspal Chada, Global Marketing Director of Baxters, said “I’m really excited about the new work created with RKCR and Gary Bryan, the creative idea and the simple and fantastic photography captures the essence of Baxters – fanatical about flavour and leverages its unique point of difference.”

The campaign breaks nationwide on this weekend with the print ads, with the TV ads set to launch in January. The campaign also features a national press advertising campaign across major magazine titles.

Mark has said, “We’re proud to have created this new world for Baxters, establishing a flavourful personality for the brand. Gary’s photography shows off the ingredients beautifully, ensuring the focus is on the food at all times.” 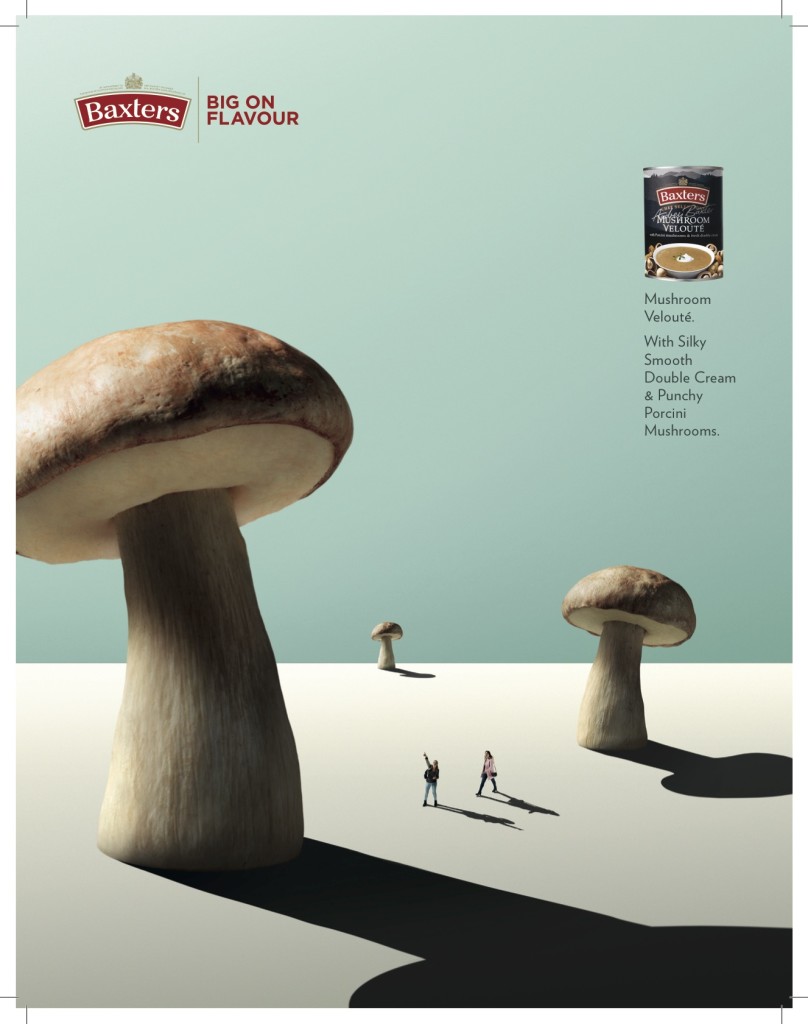 Baxters launches new ‘Big on Flavour’ campaign by RKCR/Y&R added by newsroom on December 14, 2015
View all posts by newsroom →