By newsroom on July 16, 2018Comments Off on Chestnut Tree House’s ‘For The Now’ campaign is a celebration of living in the moment

Collider has created ‘For The Now’, a campaign to raise awareness and funds for Chestnut Tree House, a hospice caring for children with life-shortening conditions. 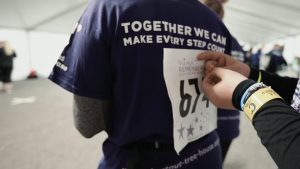 ‘For The Now’ was created to coincide with the charity’s 15th year anniversary; to tell the story of Chestnut Tree House and the incredible care that it provides and of the children and families who rely on it. It also serves as a call to action to encourage and inspire people to get involved through fundraising or volunteering.

Collider created a 30 and 60 second ad which launched on TV and cinema screens on the 18th June. Using genuine snippets (photographs, videos, snapchat pics and clips) captured by the Chestnut Tree House community, Collider created ‘For The Now’, a celebration of what can be done, rather than what can’t be done, despite the heartbreaking situations being faced. Radio ads (created by Meerkat Works) and a social campaign went live to coincide with Children’s Hospice Week (21 – 27 May). 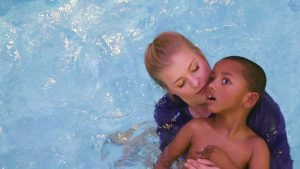 Anton Jerges, Chief Executive Officer at Collider commented; “What struck us when we visited Chestnut Tree House was how unlike we imagined a hospice would be. There were children tearing around the place, nooks and crannies to play, read, dress up and water fight, with staff who were unwavering in their passion to provide the best quality of life imaginable. This was a place where kids should be kids, and any preconceptions about what these kids could, or couldn’t do, was left at the door. For The Now is a celebration of the childlike spirit that never misses an opportunity, that is always immersed in the now, and that doesn’t know the meaning of the word can’t. It’s also a reminder of the precious moments the families have and the support Chestnut Tree House has given them.” 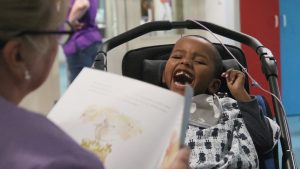 Janet Parsons, Head of Communications, Chestnut Tree House commented: “When Collider first presented ‘For the Now’ as a concept, it was something very new to us – a completely fresh way of talking about hospice care, friendlier, more visual, more real. The team understood what we were trying to do, how we wanted to appeal to and engage with our existing and new audiences and really tell the story of the children and families we care for. The idea that children live in the moment, for the now, and that Chestnut Tree House helps families create a lifetime of memories, was encapsulated in a campaign that we can use across different channels from traditional print media to broadcast and online media. We are so grateful to Collider for choosing to support Chestnut Tree House, for fundraising for us and creating the ‘For The Now’ campaign to help us tell our story in a new and exciting way.”

The incredible care services provided by Chestnut Tree House cost £3.9m a year, with less than 6p of every pound being funded by central government. Families are never charged, so the charity relies on donations and fundraising to survive.

Chestnut Tree House’s ‘For The Now’ campaign is a celebration of living in the moment added by newsroom on July 16, 2018
View all posts by newsroom →