By newsroom on January 27, 2016Comments Off on Contagious’ Paul Kemp-Robertson to present “The Dangers of Anti-Creativity” at ADFEST 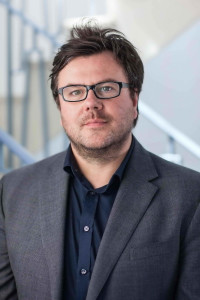 ADFEST is pleased to announce that Paul Kemp-Robertson, Co-Founder and Editorial Director of Contagious Communications, is presenting a thought-provoking session on “The Dangers of Anti-Creativity” at ADFEST 2016.

Kemp-Robertson is an expert on marketing innovation trends, and is considered one of the most reliable forecasters of the brands and movements that are shaping the future of our industry.

At ADFEST, he will examine the threats that exist to creativity both in marketing and business terms, and look at ways to ensure that your company keeps focused on creativity.

“Budget cutters, the short-termists and our own biases are threatening the one thing proven to deliver effective marketing: creativity. But it’s not just putting marketing at risk. We’re caught in the headlights of an anti-creative juggernaut on course to run down entire businesses,” says Kemp-Robertson.

His career began at corporate communications firm Maritz before he helped to launch Shots magazine in 1990, where he later became editor. In 1998, he succeeded Donald Gunn as Leo Burnett’s Worldwide Director of Creative Resources in Chicago, a role he held for six years before leaving the agency to launch Contagious Communications.

“Paul understands the trends that are changing our industry before almost everyone else, and his insightful observations and predictions are always incredibly popular at ADFEST. We are delighted he is joining our program once again this year,” says Jimmy Lam, ADFEST President.

Kemp-Robertson is a prominent voice on contemporary advertising, and has appeared on BBC Radio 4’s, The Today Programme and 5 Live’s Wake Up To Money. He is also a member of the SuperBrands Council. His TED Talk on alternative currencies has been viewed over 940,000 times.

ADFEST will continue to announce its 2016 program over the coming weeks. ADFEST 2016 runs from 16th to 19th March at the Royal Cliff Hotels Group in Pattaya, Thailand.

Contagious’ Paul Kemp-Robertson to present “The Dangers of Anti-Creativity” at ADFEST added by newsroom on January 27, 2016
View all posts by newsroom →