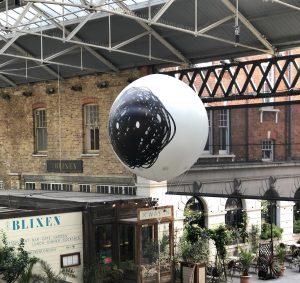 The campaign aims to educate parents about the disease and its symptoms by making the ‘invisible visible’. Children with Rb often appear perfectly healthy, which can lead to delays in diagnosis. However, they can begin to lose their sight with the tumor impairing their vision. Due to their age, they aren’t always able to communicate this to their parents, believing it to be normal. 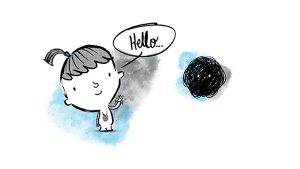 Developed by leading global digital agency Wunderman and illustrated by artist Peter Clayton, the campaign tactfully focuses on sight as the primary sense. It will see a large Dot blimp fly in East London’s iconic Old Spitalfields Market, offering a visual representation of what the world may look like to a child who is losing their sight to Rb. 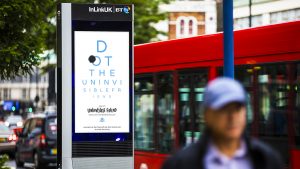 The disruptive, data-driven campaign will also use on-street digital displays and geo-targeted Facebook ads that have been created using eye-tracking data, directing passers-by to search for the Uninvisible Friend online. Once on the campaign website, they will find the dynamic story of Alice and Dot. The story (along with the symptoms of Rb) reveals itself as users scroll via the website’s smart interactive design. 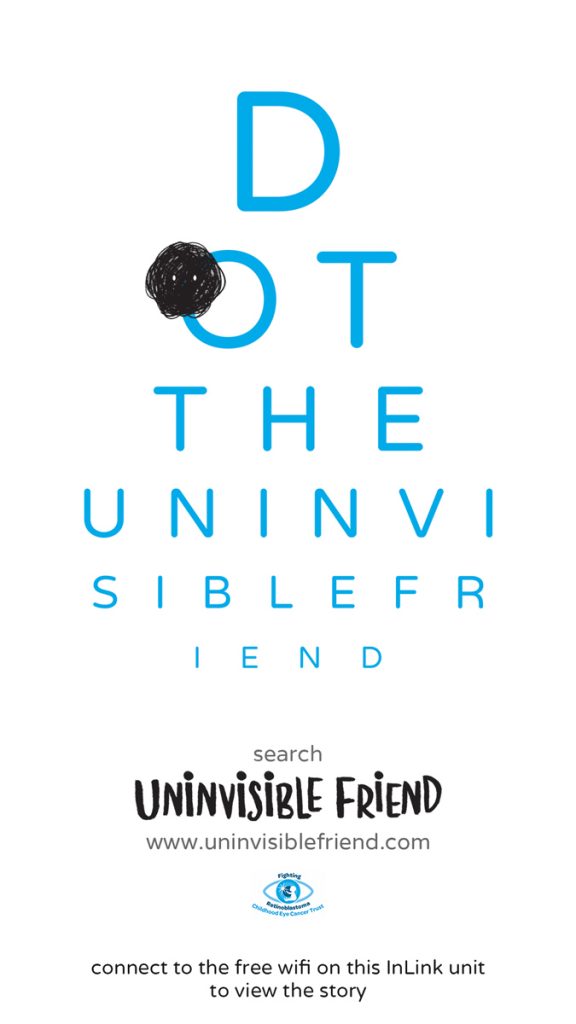 Patrick Tonks, Chief Executive of CHECT, says: “A child is diagnosed with Rb every week in the UK, yet most people have never heard of it. Early diagnosis can help to save a child’s eyes, sight and life and so today, on World Sight Day, we urge all parents to take a minute to read Alice and Dot’s story so that they can spot the signs.”

Abi Ellis, Wunderman UK’s Executive Creative Director, said: “Cancer is scary for anyone, but even more so when it involves our kids. Our aim with this campaign is to help parents learn about Rb in a non-frightening and creative way, by making the invisible visible. We’re so proud of this campaign and hope it will have a positive effect for CHECT as well as families around the UK.”

Vision Express, a longstanding supporter of CHECT, has put a ‘Dot’ on the lenses of all the glasses in the children’s section of its Oxford Street store, raising awareness by making Dot be seen. In-store digital displays will tell the story of Dot the Uninvisible Friend, and Alice Taylor, who was diagnosed with Rb last year when she was two years old, will visit the store with her family to answer questions from the public. 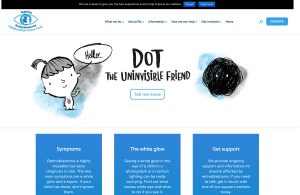 Jenny Wye, Senior PR Manager at Vision Express, said: “We’ve been working with CHECT since 2010 to help raise awareness of the signs of retinoblastoma and the importance of children’s eye tests. Our optometrists are trained to ensure eye tests are child-friendly and thanks to creative campaigns like this, the identification and referral of this devastating eye cancer will hopefully be much quicker.”

Alice’s mum Emily Taylor said: “Alice was losing the sight in her left eye for months but we had no idea that anything was wrong and she was too young to tell us. I would urge all parents to learn the symptoms of Rb and to get your child checked out if you notice anything unusual about their eyes. We couldn’t save Alice’s eye, but we were able to save her life.”