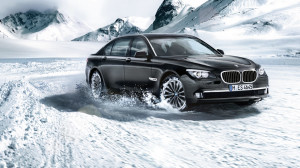 BMW has appointed FCB Inferno to create its global xDrive campaign for the next winter season in 2016/2017. The global integrated campaign will run across a number of key markets and feature a completely through-the-line campaign from TVC, digital, retailer, CRM and social etc.

FCB Inferno has worked with BMW since winning the UK account in July 2014. Their 2014 online campaign for BMW xDrive in the UK market, ‘Magnets’,resulted in a significant uplift in traffic to the xDrive page on the BMW website and a substantial improvement in awareness. Most recently, FCBInferno created for BMW UK the now iconic ‘Driver’s Car’ campaign to celebrate the 40th anniversary of the BMW 3 Series, and also achieved critical acclaim for the ‘Road to Twickenham’ film to mark the start of the 6 Nations.

FCB Inferno CEO Frazer Gibney says “This win comes on the back of our successes for BMW in the UK market. We’re thrilled to have the opportunity to extend our relationship to the Global team in Munich, and we are delighted to be responsible for raising awareness of BMW’s superb All Wheel Drive technology.”