By newsroom on November 1, 2017Comments Off on Gio Compario’s Pesky Nemesis Returns in New GoCompare Advert

It looks like famous TV tenor, Gio Compario, has some company. The opera singer takes on a devious, money-hungry CGI critter in ‘Kitchen Sink’, the second instalment of GoCompare’s new ‘Monster Bill’ campaign.

The new TVC for home insurance illustrates what it’s like for your home insurance bill to eat away at your money. ‘Kitchen Sink’ follows the story of two women – last seen in the ‘Cellists’ and ‘Bridesmaids’ ads – being terrorised by Monster Bill. As the music heightens, Gio swoops in to save the day, cheerfully defeating Monster Bill with GoCompare’s fantastic deals. The commercial, which also highlights the company’s car and energy offerings, ends with Gio and the women singing, “Before you go bananas, GoCompare!”. 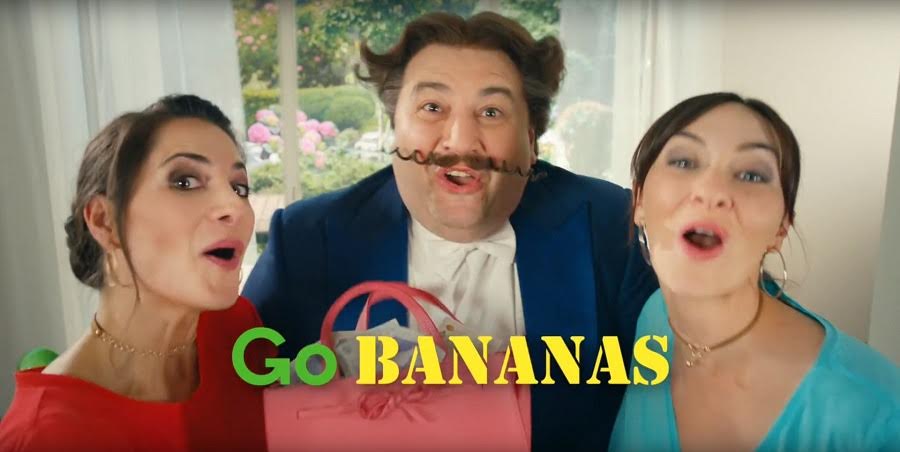 This spot marks the continuation of the long-standing partnership between Yellow Boat Music and GoCompare. Paul Cartledge and Philip Jewson were responsible for the music throughout the production process. They delivered a bespoke piece for the Monster Bill campaign, which called for the composition of a new underscore, and a salsa-music-inspired ending arrangement to complement Wynne Evans’ vocals.

Paul Cartledge comments: “This was the first time a fully animated character like Monster Bill was introduced to the GoCompare ads, so timing the music to make the interactions realistic was a brilliant challenge. Framestore has done a great job in bringing the character to life. As ever, the team at GoCompare and their strong vision made this project a pleasure to work on.”

Nicholas Hall, Head of Brand and Broadcast at GoCompare, comments: “We’re delighted with the collaboration between our production partners to achieve such outstanding advertising. The combination of live acting, CGI and music seamlessly blended together has resulted is some fantastic and iconic advertising for the Brand”.

Chris and Siân Wilkins, Creative Directors at GoCompare, comment: “We have always called for specific musical arrangements to be created for our iconic opera singer. Bespoke musical compositions are an important way of refreshing the character of our hero, Gio. His new role in combatting the money-eating Monster Bill enhances his heroic status.”

The TVC launched on Tuesday 31 October 2017 on TV and online.