By newsroom on January 31, 2018Comments Off on Growth predicted to continue as UK ad spend sees new record high in 2017 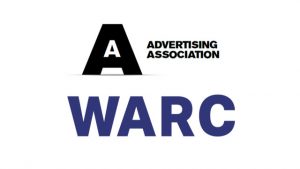 Adspend growth was up 9.9% year-on-year within internet as a whole, inclusive of digital revenues for newsbrands, magazine brands, TV and radio broadcasters. Year-on-year numbers were up 21.5% in Q3 2017 for national newsbrands, an impressive 42.6% for radio, and 13.3% for broadcaster video-on-demand. 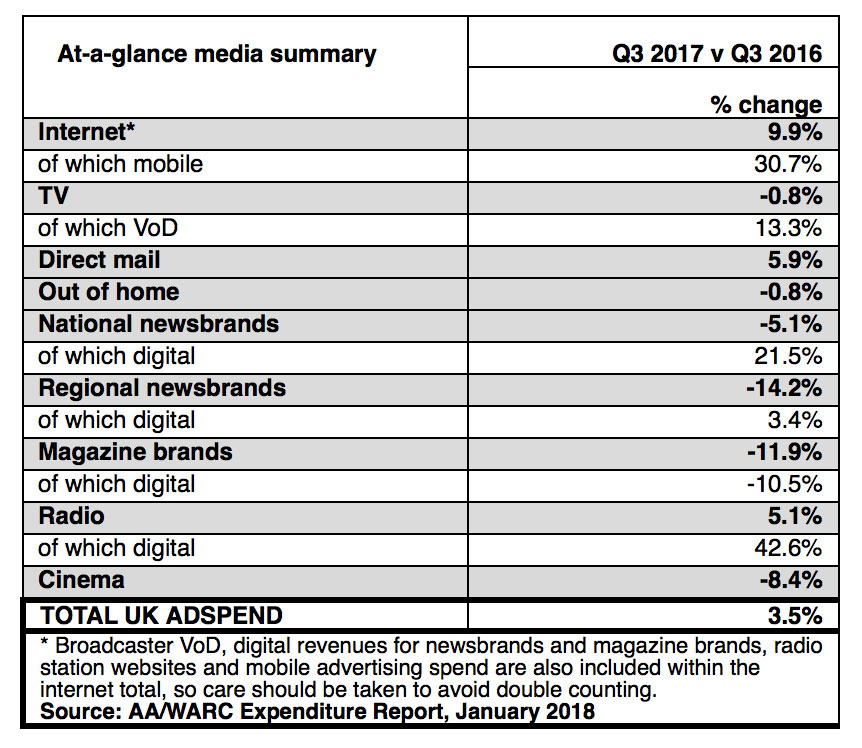 Almost one in four pounds spent on advertising in the third quarter of 2017 went to mobile, which recorded year-on-year growth of 30.7%. Preliminary estimates for 2017 put mobile adspend above £5bn, much of which is being invested in video ads on social media platforms. Elsewhere, direct mail recorded growth of 5.9% over the prior year, marking the strongest rise for the channel since 2011.

“UK advertising spend enjoyed a record high in the third quarter of 2017, with figures up again year-on-year. It is encouraging to see further predicted growth of 2.8% for 2018. UK advertising is vital for the economy, generating £6 for every £1 spent and we know from the work of Credos, advertising’s think tank, that advertising is the engine of growth for UK business,” said Stephen Woodford, Chief Executive at the Advertising Association.

“As we work through Brexit, we need to help Government make the best decisions to support our industry and, by extension, the wider UK economy as we target growth across the nations and regions and in an increasingly global marketplace.” 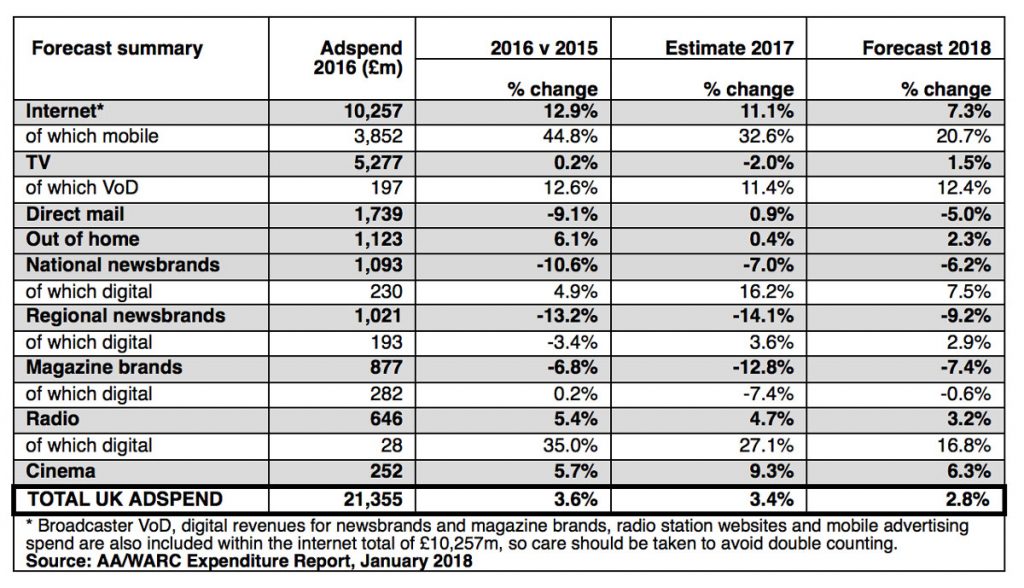 Growth predicted to continue as UK ad spend sees new record high in 2017 added by newsroom on January 31, 2018
View all posts by newsroom →