By newsroom on November 15, 2018Comments Off on New ad platform Bagboard partners with 2,000 retailers to change OOH landscape 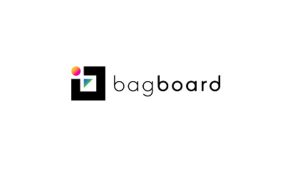 New eco-friendly advertising platform Bagboard has signed up more than 2,000 London-based retailers ahead of its official launch in 2019. These include boutique cafés and stores, alongside well-known independents associated with Nisa, Londis and Costcutter.

Bagboard distributes premium paper bags featuring advertising creative to independent retailers. The bags, which are free to consumers, are heavyweight and eco-friendly, negating the need for a single-use plastic bag.

After receiving a bag, consumers are encouraged to download Bagboard’s app, which recognises the advertising on the bags. Each time consumers interact with the designated brand on the bag through the app, they accumulate rewards. A portion of all reward currency will be donated to a number of social and environmental causes.

The announcement comes as Bagboard begins to court advertisers to the platform. The ad platform aims to distribute 3 million branded bags to their network of independent retailers, equipped with image recognition, onto London’s streets between April and July 2019. The first million will roll out on 22nd April, for Earth Day; then another million on 5th June, for World Environment Day; and a further million on 3rd July, for Plastic Bag Free Day.

Founded by Benjamin Ayres in 2016, who was then joined by founding partners Ashleigh Bishop and Charlie Ayres a few months later, Bagboard has been built with a wealth of expertise. Its rapidly expanding team of over twenty people has worked with the likes of Morgan Stanley, McCann, Credit Suisse, BBH and Virgin Media.

“Bagboard provides an exchange that enables brands to open conversations with consumers in a non-intrusive, organic way,” says Benjamin Ayres, co-founder and CEO at Bagboard. “It’s the greenest platform for brands to communicate with consumers, which is compelling in such environmentally-aware times. It also gives brands access to timed and targeted campaigns that physically go to places current advertising platforms can’t.”

Charlie Ayres, co-founder and COO at Bagboard, adds: “More than 615 million devices worldwide now utilise ad-blocking. It’s time brands got smart about getting their message out there. Bags are a relatively untapped medium in OOH, and Bagboard gives consumers the chance to engage with advertising when they choose, standing to gain something and contributing to a better world along the way. Once brands get involved with this, it’s going to be the bridge between digital and OOH, without having to compromise on either front.”

The brands Bagboard worked with pre-launch include HelloFresh, Fetch, EasyCar, Laundrapp and Missguided.