By newsroom on August 24, 2018Comments Off on Paddy Power announce Champions League of Darts sponsorship

The Darts players were all slagging us off. Until they heard we were sponsoring this yearâ€™s Champions League of Dartsâ€¦ pic.twitter.com/6Ct6z7GR1X

Paddy Power have announced that they are sponsoring the Champions League of Darts in Brighton, where the top eight players in the world are set to battle it out over two days.

With over 20 hours of live broadcast on the BBC, darts fans can expect a new, unique experience as the bookies take the reins of their first major sports sponsorship in years. 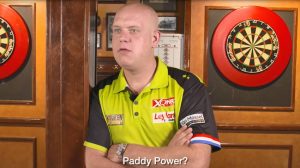 Before each session, fans will be given the chance to throw against former world number one Raymond van Barneveld, whilst the action is called by voice of darts, Russ Bray.

During the main event, if there is a 9-dart-finish there will be a pot of Â£50,000 shared amongst the crowd.

The tournament will take place at The Brighton Centre, where the audience will be given the chance to sit in the â€˜best seat in the houseâ€™ â€“ on stage, that is, with free food and drink thrown in for good measure.

Spokesman Paddy Power said: â€œYou may have seen the darts before, but youâ€™ve never seen Paddy Power do the darts. Weâ€™re taking on the three-year sponsorship of the tournament in Brighton, and fans can expect the usual drama of the arrows alongside world-first darts experiences. And plenty of beers.â€