By newsroom on May 4, 2018Comments Off on New animated film kicks off rebranding of renowned Brazilian cancer treatment center as “Hospital of Love”

The Hospital do Câncer de Barretos, a Brazilian treatment center for children with cancer that has been recognized internationally for excellence, has been renamed the “Hospital do Amor”, or “Hospital of Love”, to promote love as the most effective resource in fighting the illness. 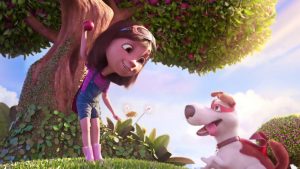 publicize the rebranding, Brazilian advertising agency WMcCann created a three-minute 3D-animated film that shows the devastating challenges a child faces in receiving a cancer diagnosis and beginning the intrusive treatment process, as well as the impact on her family, friends and on hospital professionals.

Produced by Zombie Studio and Loud, the film took 10 months to produce, and is the first piece of a major communications strategy that encompasses social media and PR activation that will roll out throughout 2018. 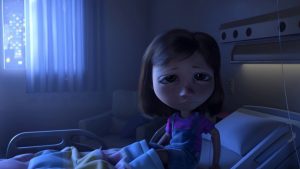 creative solution came up almost naturally, as the new hospital name is nothing but a fundamental component to treat the disease. It also shows a more modern and humane approach for the treatment,” said André Marques, WMcCann Creative Vice-President. 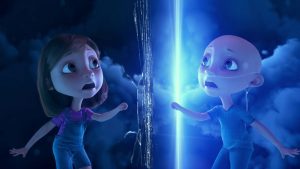 the beginning we were very engaged and moved by the theme, especially considering some of the crew members have personally experienced the hardship of having a loved one facing cancer,” said Paulo Garcia, Zombie Studio partner and movie director.

The song “Heart Full of Love” was composed specifically for the project by Felipe Vassão and Rafa Kabelo, from Loud Studio, and was performed by the North American singer Rebecca Peters. “We literally loved the challenge of helping to tell this story through a song, and both the creatives 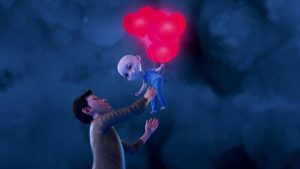 and the movie directors gave us total freedom to create, something very rare nowadays,” said Felipe Vassão, conductor at Loud studio. “There was a great emotional involvement from all the team, touched by the story, by the message and by our own personal experiences: my mother had cancer, I have other family members who are in this fight as well, and we know how love, support and presence make a difference. Trying to convey that in a song was the least we could do.” 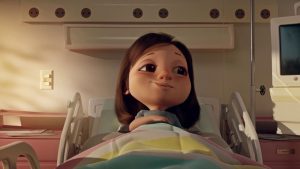 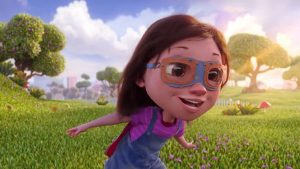 New animated film kicks off rebranding of renowned Brazilian cancer treatment center as “Hospital of Love” added by newsroom on May 4, 2018
View all posts by newsroom →