By newsroom on November 27, 2015Comments Off on Razorfish and Lifecake collaborate to launch integrated marketing campaign, ‘me and my bear’

Razorfish, part of the Publicis.Sapient platform, has announced the launch of a multichannel communications campaign, influencer engagement and online film ‘me and my bear’ for popular photograph sharing mobile application, Lifecake. 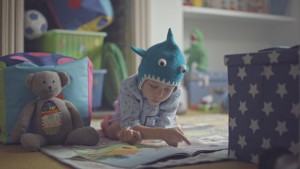 Lifecake – which was acquired by Canon in 2015 – is a mobile app that allows its users to store all of their child’s captured image moments in one place so that family and friends can enjoy them again and again. Users are encouraged to share their child’s daily stories with family and loved ones near and far, reliving and reminiscing together; enabling special memories of children captured from the very beginning of their lives to be accessed on a timeline as they grow and mature.

In response to the brief to showcase Lifecake to a defined audience of parents to children aged 0-5 and their extended family network, Razorfish constructed an integrated brand awareness and response campaign. The two-pronged approach encourages direct engagement with Lifecake, underpinned with media, social, editorial and blogger relations to generate organic and paid for exposure of the app, boosting credibility, awareness and referral to download. 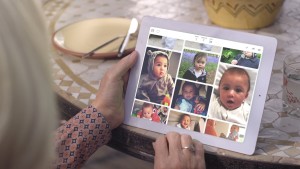 Amplifying the multi-channel communications campaign the online film ‘me and my bear’ is inspired by nostalgic reflections of a special childhood toy that we thought of as our best friend. Those toys offered confidence and support, many of us holding onto that beloved cuddly friend because of the many memories it holds.

Razorfish London’s Sarra Collins and Steph Hamill, with International Executive Creative Director, Nick Turner, concepted, wrote and managed the film creation which was partnered and directed by MICH and produced by UNIT9, with music a cover of Yazoo’s and Alison Moyet’s ‘Only You’ created by Christopher Hayden of Florence and The Machine. An emotionally engaging visual piece, ‘me and my bear’ brings the app to life by telling the story of the relationship between child and toy, the bonds of modern-day family no matter how far apart and Lifecake being used in real-life situations. The film launches via social channels in the UK today, and will rollout across France, Germany, Italy and Spain. 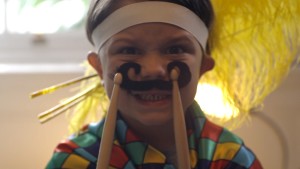 Aligned to ‘me and my bear’ is an incentive based activation which also launches on social channels. Participants are invited to upload a photo of them and their own special childhood toy, via Facebook, Twitter and Instagram, along with a note on why it’s special. Entries must include the hashtag #MeAndMyBear and the @Lifecake handle.

Entrants need to engage their own social media network to ‘like’ their selfie to be in with a chance of winning a prize. One lucky winner with the most votes will receive the top prize of a family holiday, while five runners up will receive further smaller prizes, including Canon products. 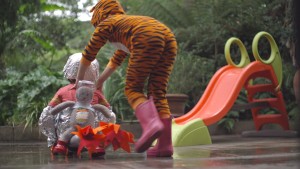 William Lidstone, Global Chief Marketing Officer, Razorfish added, “Canon is an example of an organisation transforming its business offering to adapt to the evolving needs of its customer. It’s been extremely rewarding to partner with the team to define this transformative digital strategy and roll out the integrated brand response and awareness campaign.”

Razorfish was appointed to Canon’s digital roster early 2015 and went onto secure the Lifecake digital consultation and creation work in April this year.

Razorfish and Lifecake collaborate to launch integrated marketing campaign, ‘me and my bear’ added by newsroom on November 27, 2015
View all posts by newsroom →