By newsroom on June 20, 2018Comments Off on Rothco Scoops Cannes Grand Pirx for ‘JFK Unsilenced’ at the 2018 International Festival of Creativity

At the 2018 Cannes Lions International Festival of Creativity, Rothco, part of Accenture Interactive, captured the Creative Data Grand Prix for its artificial intelligence(AI)-led campaign ‘JFK Unsilenced’ for The Times / News UK & Ireland. The win marks its seventh Lion all week, spanning four categories. The campaign used specialised AI technology to create the speech the 35th US president was meant to make in Dallas on the day he was assassinated – The Dallas Trade Mart speech.

The Creative Data Lions celebrates the interplay of ideas and information – demonstrating how the execution of a campaign was enhanced or driven by the creative use, interpretation, analysis or application of data. 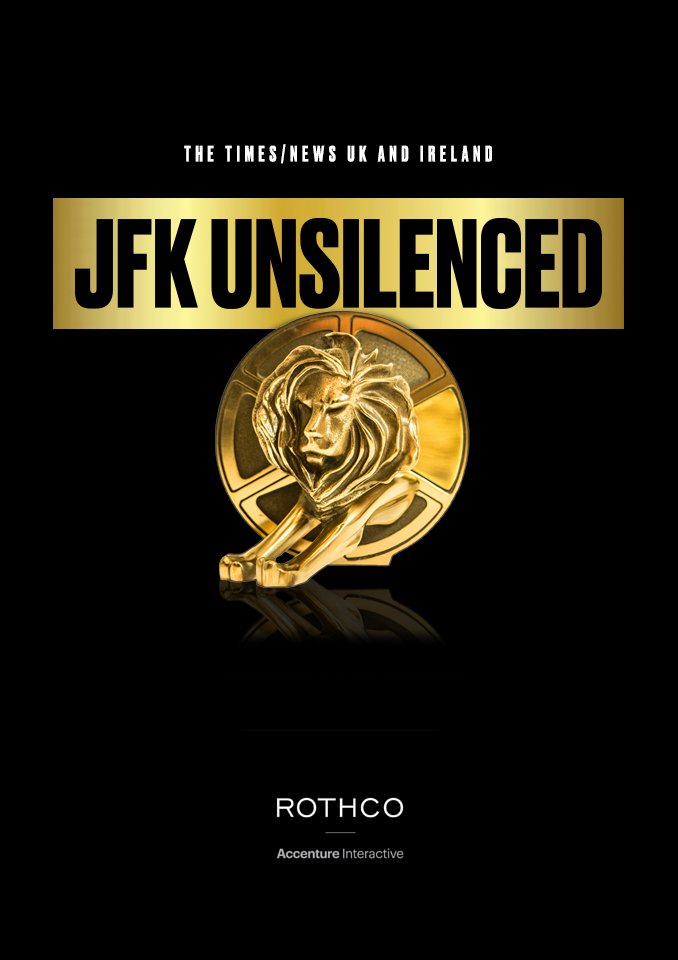 “Being awarded the Grand Prix for ‘JFK Unsilenced’ speaks to the rising influence of AI in producing great experiences today, not just in the future,” said Brian Whipple, CEO, Accenture Interactive. “It represents a dawn for new creatives as they ultimately consider how to work in collaboration with technology to bring stories to life and redefine what creativity means.”

“’JFK Unsilenced’ celebrates data aggregation as an art and science,” added Patrick Hickey, CEO, Rothco. “In most cases, data sharpens a story; however, in this case, it made it possible to tell it. Fifty-five years later, through advanced sound technology, JFK’s unspoken speech captivates a new generation. We’re thrilled to have this work recognized with a Grand Prix for its ability to combine data, creativity and technology to deliver profound human impact.”

The campaign swept the Lions throughout the week, garnering seven awards: 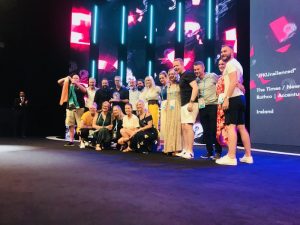 Launched this spring, the ‘JFK Unsilenced’ film generated more than 4.5K registrations to The Times & The Sunday Times, as well as a 51 million Twitter reach and one billion media impressions globally. Many of The Times’ competitors covered the campaign, including The Guardian, Daily Mail, The Sun, The Daily Mirror, The Washington Post, The Independent, The Evening Standard, plus many more.

The campaign’s breakthrough audio technique has been adopted by companies around the world to help ALS sufferers rediscover their voice.

Over 8 weeks, Rothco (with help from their partners at The Times / News UK & Ireland and CereProc), reviewed 831 JFK speeches and interviews and, through an intricate process of sound engineering, the world was able to hear The Dallas Trade Mart speech — delivered in JFK’s voice, for the first time.

The prestigious nods by Cannes Lions mark the first-ever Grand Prix, Gold and Silver Lions for Accenture Interactive, which has been strategically bolstering its creative capabilities, as part of its end-to-end customer experience offering. 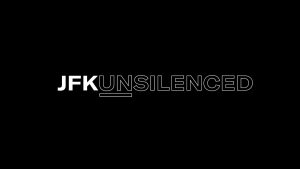 “We’re delighted that the Lions judges have again recognised our contributions as part of the new fabric of the industry,” said Anatoly Roytman, head of Europe, Africa, Middle East, Latin America – Accenture Interactive. “The award wins this week are a testament that our new breed of agency model – which melds creativity with business consulting and technology — is coming to life in the service of delivering breakthrough customer experiences. We look forward to celebrating many more successes across the Accenture Interactive family.”

The Lions are the latest industry accolades for ‘JFK Unsilenced.’ Last month, Rothco picked up two Gold Pencils at the One Show in New York; and, in April, the campaign garnered three coveted D&AD Pencils in London.

Rothco Scoops Cannes Grand Pirx for ‘JFK Unsilenced’ at the 2018 International Festival of Creativity added by newsroom on June 20, 2018
View all posts by newsroom →