By newsroom on June 26, 2018Comments Off on Sense’s Vaughan Edmonds on why Gen Z offers brands a reason to be optimistic 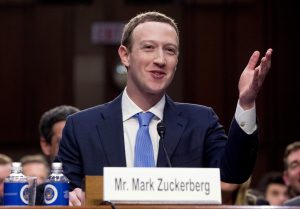 It’s 10 April 2018 and a nervous Mark Zuckerberg, founder of Facebook, stands before the US Congress. It’s the turn of 84-year-old US senator and Republican high-tech task force chair Orrin Hatch to ask the questions. Facebook is at the centre of a scandal after it was revealed that Cambridge Analytica, a British data firm hired by President Donald Trump’s presidential campaign, improperly gathered detailed data on 87 million users using the platform. Zuckerberg has just told Congress that he always intends to offer a free version of Facebook to users.

“Well if so,” Hatch replies, “how do you sustain a business model in which users don’t pay for your service?”

Zuckerberg blinks and pauses for a moment.

The exchange, along with others involving various elderly Senators, has become symbolic of the technological knowledge gap that exists in Western society. A video titled “Mark Zuckerberg explains the internet to old people” went viral in the days following Zuckerberg’s visit to Congress as members of the Millennial and Gen Z demographics revelled in the ignorance of their elders.

The attitudes of Gen Z towards technology and advertising are particularly fascinating. Also known as the iGen, Gen Z is the generation born from the late 1990s onwards which has never known a world without the internet. Its oldest members have just turned 21 and have grown up alongside dominant tech companies like Facebook. 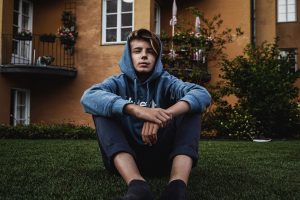 They are used to a world where platforms are cheaper than ever before. Their favourite brands – Instagram, YouTube, Snapchat – offer their services for free. Where we used to buy a single CD for £9.99, they can now listen to any song ever recorded for nothing on Spotify. Only Netflix draws the line, offering an array of TV and film for as little as £7.49 a month. For the free services, Gen Z knows the price it has to pay: ads. Just as Mark Zuckerberg said.

What gets really interesting is the attitude of Gen Z towards advertising in general, with 61% agreeing that posters and billboards help them become aware of new products and services. Gen Z is also 37% more likely to notice adverts on public transport and 15% more likely to stop and interact at a promotional stand or event. It seems as if the recent wave of cynicism towards brands has not been driven by the young, but by the generations that preceded them.

What does this mean for brands? Only time will tell. It remains to be seen whether this more accepting attitude to advertising is driven by youth or by a genuinely different outlook. However, it appears highly likely that Gen Z will take two traits from its youth into adulthood which could be highly significant for brands: 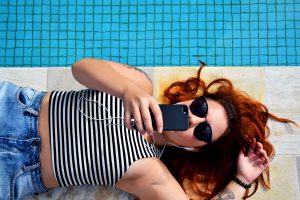 According to most research, the attention span of Gen Z is lower than any other generation in history. In our digital age this makes perfect sense. There is so much vying for our attention and, in terms of things to occupy us, we are spoilt for choice. For brands, this has important implications. Firstly, to attract Gen Z, your marketing has to be interesting. Better still, if you really want to get this generation’s attention, your marketing should be useful. Gen Z is bombarded by hundreds of promotional messages every day. If a brand can offer something that is genuinely valuable it is far more likely to give you a precious piece of its attention.

Gen Z is serious. Its members are driven to succeed, being 71% more likely to be willing to sacrifice free time to get ahead in their future careers. They are also serious about social change with 76% of them happy to volunteer their time for good causes. Gen Z members are activists. They strive to improve their own lives and the lives of people around them. 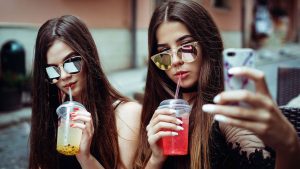 The last few years has seen the rise of purpose as a marketing tool, the mechanic brands use to demonstrate that they also care about improving people’s lives. Given the attitudes of Gen Z, it seems it is here to stay. To succeed with brand purpose, and to win the hearts of Millennials and Gen Z alike, the key is action. Brands must not just talk about their purpose, they must demonstrate their purpose through action in the real world. If they can make their purpose tangible, they will be able to win the hearts of Gen Z.

The world has changed a great deal in the lifetime of 84-year-old Senator Orrin Hatch. When Mark Zuckerberg was born, Hatch was in his early 50s and by the time Facebook had its millionth user he was 70. However, for the members of Gen Z, the world has been slightly more stable. They are digital natives, born and raised in the age of the internet. They are used to brands keeping their favourite digital past times free at the cost of adverts. Gen Z is quick thinking and serious. It has a different outlook to those who came before them and as its members mature into adulthood, brands will have a fantastic opportunity to become meaningful parts of their lives. 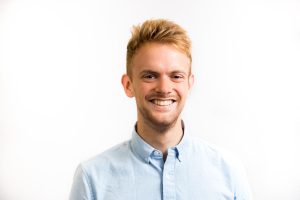 Sense’s Vaughan Edmonds on why Gen Z offers brands a reason to be optimistic added by newsroom on June 26, 2018
View all posts by newsroom →