By newsroom on February 15, 2018Comments Off on Snickers and AMV BBDO Create Restaurant Experience for Forgetful Valentine’s Day Lovers 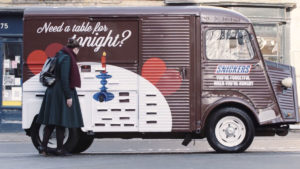 Following on from the success of 2017’s ‘You’re Forgetful When You’re Hungry’ Valentine’s Day campaign, Snickers and AMV BBDO have created another exciting experiential stunt for forgetful couples. Going one step further this time, Snickers came to the rescue of those who had forgotten to reserve a table for their loved one that evening. With a pop-up restaurant just for the forgetful.

Reservations for the exclusive restaurant didn’t appear until the morning of Valentine’s, when many other restaurants were fully booked. Snickers parked their bespoke Valentines van on a busy Shoreditch High Street, asking the question ‘Need a table for tonight?’. 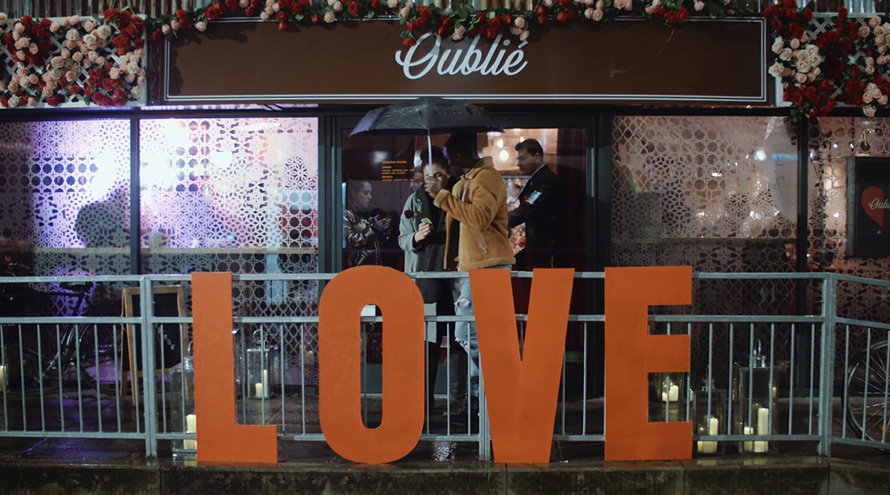 Forgetful passers-by were invited to pull a reservation card off the van, securing them a romantic table for 2 at an exclusive pop restaurant: Oublié (‘forgotten’ in French).

While the reservations were last minute, the dates arriving could never have guessed it. Oublié served a delightful complimentary 3 course meal from one of London’s top chefs. The stunt again reminded passers-by that Snickers is on hand to help the hungry and forgetful on Valentine’s day. 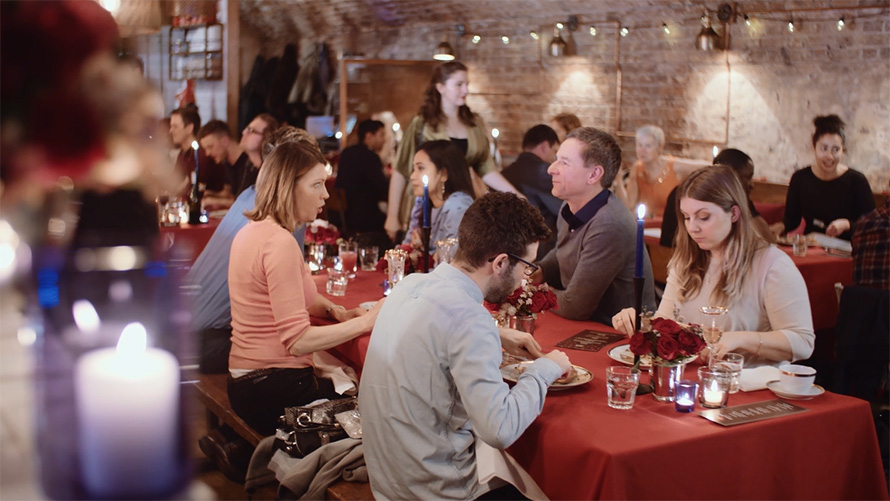