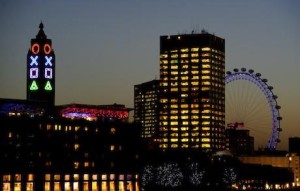 Sony will switch from the low-key marketing tactics used to generate early buzz around the launch of its Playstation 4 (PS4) console in the UK to a more traditional multimillion effort next year in a bid to reach a broader audience beyond gamers.

The shift follows the PS4’s launch in North America on November 15 and ahead of its debut across Europe on November 29. It marks the transition into what the technology maker says is “highly visible” advertising after focusing the bulk of its media outlay on targeted promotions to gamers since the brand was first revealed in February.

TV, digital, cinema and outdoor activity will roll out nationwide in the coming weeks promoting the PS4’s “For the Players” strapline. The push will be supported by a retail drive that unifies the PS4, PS3 and PS Vita brands under an umbrella theme to try and pep up sales for all three during the campaign.

Sony has initially targeted gamers in the hopes of shifting 5 million PS4 consoles by the end of March. This strategy will change in Q1 next year, according to the business, as the console’s marketing moves from focusing just on games to promoting its entertainment and connectivity features. It is an approach Microsoft’s Xbox One has employed around the launch of its Xbox One to try and exploit demand over the festive period.

Murray Pannell, Playstation’s marketing director in the UK, told Marketing Week its battle with Microsoft’s counterpart will revolve more around the brands and what they stand for then any previous generation.

He adds: “This will be the biggest campaign in the PS brand’s history. What we’re doing through our marketing aims not just to reach the gamer but also impact the broader audience. These are the people we need to convince that if they aren’t already a PS fan then they need to be. In the not too distant future we’re going to accelerate into the more casual family and kids market.”

Sony revealed on November 17, that it had sold one million units of the PS4 in the first 24 hours that it was available in the United States and Canada.