Space Campaign for Wimbledon 2014 Brings Visitors Closer to the Experience

By newsroom on June 24, 2014Comments Off on Space Campaign for Wimbledon 2014 Brings Visitors Closer to the Experience 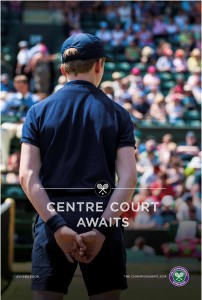 Space and the All England Lawn Tennis Club (AELTC) have launched a new campaign, ‘Wimbledon Awaits’ for The Championships 2014, building on the success of last year’s activity, designed to drive intimacy between The Championships and visitors to both the AELTC and its surrounding area.

The campaign objective is to extend the brand’s footprint beyond the four wall of the AELTC and build visitor anticipation and excitement earlier in their journey to The Championships. Visitors will encounter Wimbledon branding and tournament imagery from the moment they exit the trains and tubes at Wimbledon and Southfields stations. They will continue their experience as they exit the stations and get closer to the grounds. And once more, this is further extended for the hundreds of thousands who queue to get tickets for The Championships in a Village that has been specially set up outside the main grounds.

This year the AELTC has reclaimed the media rights for both Wimbledon and Southfields stations. A diverse range of media is used at both stations, including four sheets, panelling, free standing displays, stairwell friezes, canopies, laid-down turf, an information kiosk and archway coverings. They represent the premium, traditional feel of the Wimbledon branding and use iconic Wimbledon photography accompanied by a range of messages to engage visitors, such as ‘Perfection Awaits’, ‘Tradition Awaits’ and ‘The Trophy Awaits’. 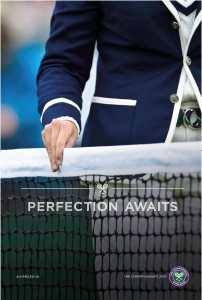 James Ralley, marketing manager at the AELTC, said: “The Championships has a unique atmosphere and this year we wanted to build on visitor engagement and extend the brand’s reach far beyond the venue itself. Space has once again excelled by evolving the ‘Wimbledon Awaits’ campaign with beautiful creative work inspired by the record-breaking 2013 tournament, helping us to build greater loyalty and intimacy with fans and immediately create strong relationships with the new visitors to this special event.”

David Atkinson, managing partner at Space, said: “The Championships, Wimbledon has just secured the coveted BT Sport Industry Award for Brand of the Year, which is a fantastic achievement and a further demonstration of how the AELTC successfully amplifies its brand to a global audience during the Wimbledon Fortnight.

“‘Wimbledon Awaits’ taps into the unique relationship visitors have to The Championships, capitalising on the sensation of anticipation, and adding more to the experience before they even arrive at the AELTC.  It is this intimacy with The Championships that we capture and hope to build upon during the fortnight.”

Space Campaign for Wimbledon 2014 Brings Visitors Closer to the Experience added by newsroom on June 24, 2014
View all posts by newsroom →