By newsroom on January 18, 2018Comments Off on Springetts Design Man O’ Words and Man O’ Swords for Annandale Distillery 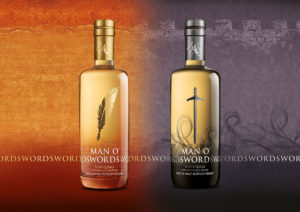 Award winning design house Springetts, was asked to create the branding for the two expressions of Single Malt Scotch Whisky – both from Annandale Distillery.

Springetts had previously developed the distillery identity, but now their task was to create whisky brands on the basis of flavour character, rather than just provenance, whilst still appearing credible as a Single Malt Scotch Whisky.

Using the Annandale logo as an endorsement allowed them to more easily create unique brands based on flavour. Springetts also decided that the two expressions of whisky should have a similar look and feel to link them.

“The two single malt Scotch whiskies as two complex and contrasting characters – two Scottish heroes, two sons of Scotland. Thus, the peated (smoky) expression of the whisky is inspired by the character of Robert the Bruce King of Scotland and the Seventh Earl of Annandale. The non-peated (fruity) expression is based on the character of renowned Scottish poet Robert Burns, who was an excise man at Annan,” revealed the agency in their release. 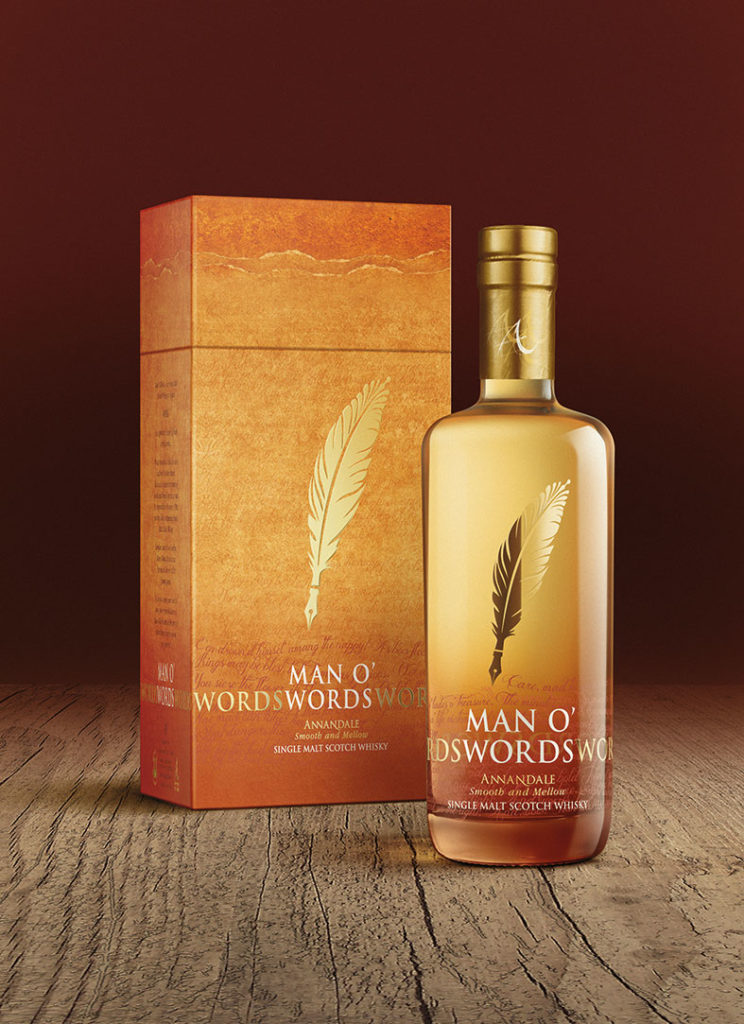 A contemporary, broad shouldered bottle was chosen to emphasise the masculine aspects of the products. The graphics are screened directly onto the bottles. The silver sword and the dark smoke convey the bold, smoulderingly smoky aspect of MOS and the gold quill and flowing words help communicate the lyrical, smooth and mellow nature of MOW.

The bottles are contained in a triangular box, which link to the Annandale Distillery branding. The box graphics continue the theme of the whisky characters already brought to life on the bottles. The MOS box becomes a castle turret for the warrior King, whilst the MOW box appears like parchment for the ploughman poet.

In MOS and MOW Springetts have created two brands, which are inspired by the character of the whisky, rather than based on provenance, yet they are still clearly from Annandale Distillery with a strong “house” look.