By newsroom on June 4, 2018Comments Off on Transport for London Launches Campaign to Tackle London’s Air Pollution

In 2018, London reached its annual air quality limit in less than a month. Because of that, Transport for London and the Mayor have plans in place to tackle the problem and improve air quality for Londoners.  One of those plans is the introduction of the Ultra Low Emission Zone (ULEZ) from April 2019. 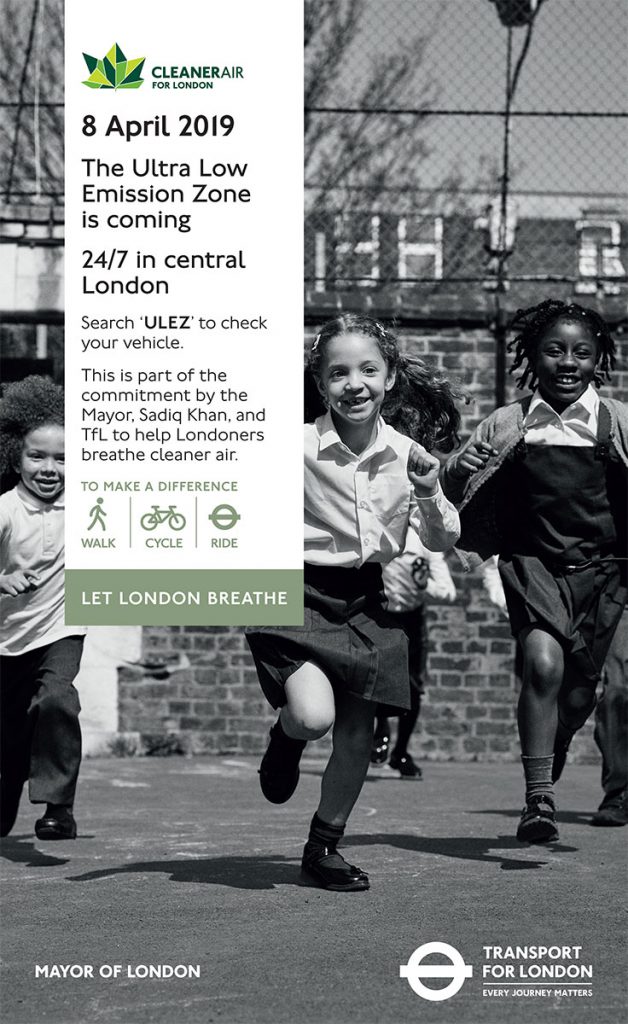 This campaign is designed to drive awareness of the poor quality of London’s air, as well as to introduce the Ultra Low Emission Zone that is designed to help clean it up.

The issue of air quality is challenging. Firstly, due to it being invisible, poor air quality is not seen as an urgent concern. Furthermore, people are resigned to it and struggle to see how they, alone, can make a difference. So how do we create both impact and urgency around an intangible issue that is currently perceived as tomorrow’s problem?

The campaign, created by VCCP, focused on those who are affected most by the poor quality of London’s air; the capital’s children. The shocking fact is, every single child in London is breathing toxic air every day, mainly caused by vehicle pollution, which has long-term consequences on their health.

Air pollution is as insidious as it is invisible. The film brings this to life, with an emotive story, showing how children are affected everyday at school. It tells the story of a school playtime. Children are enjoying themselves in their playground.  As they play, we see the children surrounded by floating orbs and, whilst they don’t notice or interact with the orbs at all, the orbs are everywhere. The end of the film reveals that the orbs are in fact a visual metaphor for air pollution. 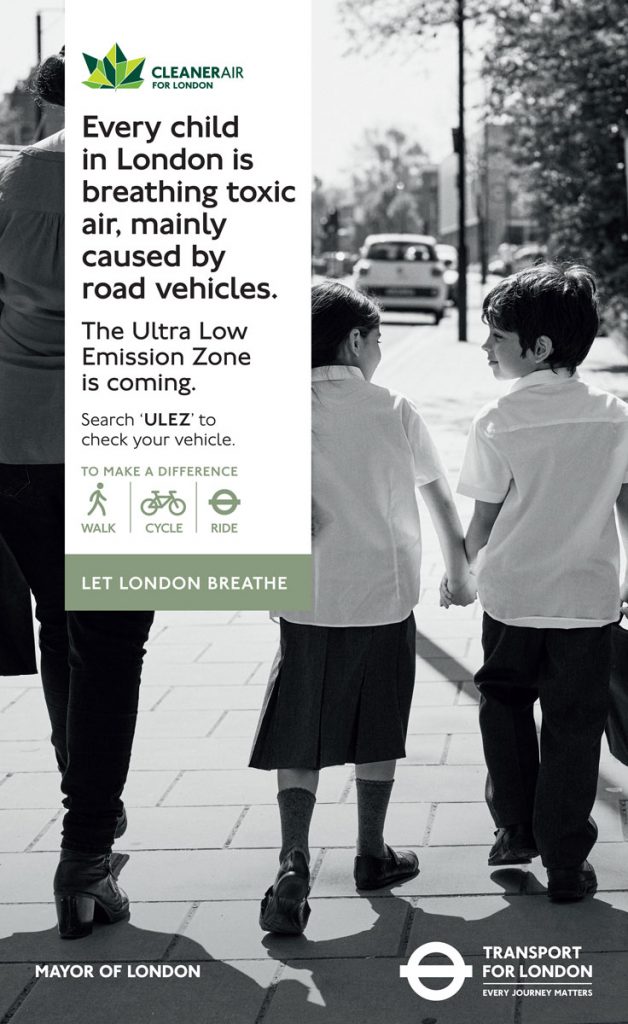 To further land the message in the choice of music, VCCP worked with the London Youth Choir to rework the Hollies classic “The Air that I breathe” into a moving child’s plea to Londoners to clean up the air.

In the display, they captured a series of beautiful portraits of London’s school children who will be directly affected by the Ultra Low Emission Zone.

The creative runs across TV, print, OOH, radio and online.

Miranda Leedham, Head of Customer Marketing and Behaviour Change at TfL commented: “With an issue as important as this, it is crucial that we affect change.  We believe that by visualising the problem in such an emotional and moving way we can really cut through, get people to act and ultimately protect Londoners from the damaging health impacts of air pollution.”

Jon Fox, Creative Director at VCCP commented: “This is a hugely important issue that touches everyone who lives with road pollution, day-in, day-out. The scale and ambition of this campaign is a clear indication of how seriously TfL are treating it and their desire for ULEZ to succeed. The work needed to be visually striking and thought provoking and we think it delivers on both counts.”

Transport for London Launches Campaign to Tackle London’s Air Pollution added by newsroom on June 4, 2018
View all posts by newsroom →