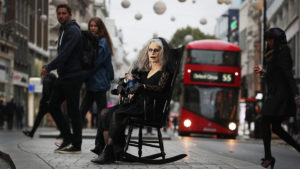 A ghoulish old lady was spotted in various commuter hotspots around London this morning, giving commuters a rush-hour shock on their way to work.

Office workers were stunned to witness the bizarre, spine-chilling scene of the sinister senior styled with prosthetic horror make up, riding the Jubilee Line train on a vintage rocking chair. 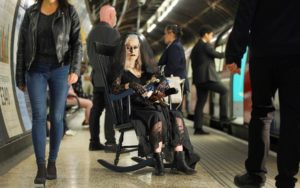 The ‘Ghoul’ character is set to feature in Fanta’s Twisted Carnival, a Halloween attraction that will be touring the UK from Saturday 6th October. Visitors brave enough to visit the carnival will be challenged to explore five interactive exhibition rooms full of frights and delights.

The ghoul was unleashed on the public by producers and Taylor Herring to test reactions to her chilling prosthetic makeover ahead of the tour. 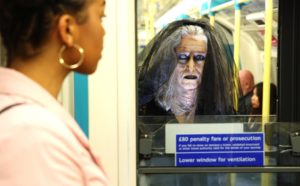 Commuters looked on in disbelief as she was spotted on the tube train, on Oxford Street and tourist hotspots across the capital. Eagle-eyed Londoners spotted the creepy lady cradling an equally eerie doll, also seated in a rocking chair. 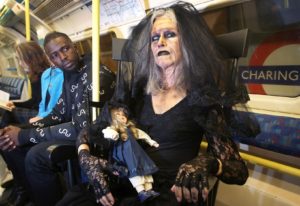 Rosalind Brown, Marketing Manager at Fanta GB says: “We are excited to celebrate Halloween by unleashing Fanta’s Twisted Carnival on the public. Our ghoul certainly passed the fright test as she greeted commuters this morning, but that was just a taster of what the carnival has in store. She’s one of many thrilling characters and experiences at the attraction, which will cross between the physical and virtual world to create a one-of-a-kind immersive, spooky experience.” 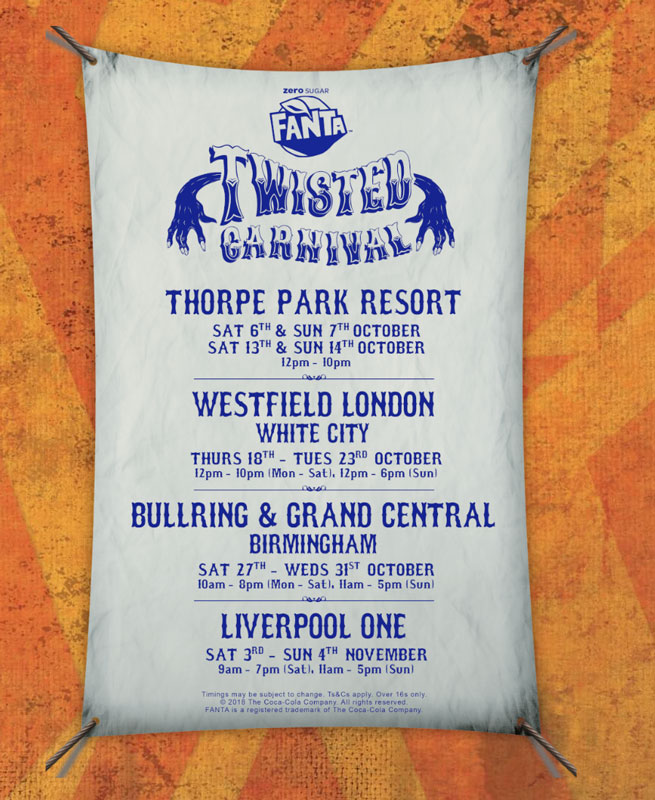