Which? highlights history of making change happen in new campaign by Grey London

By newsroom on June 29, 2018Comments Off on Which? highlights history of making change happen in new campaign by Grey London 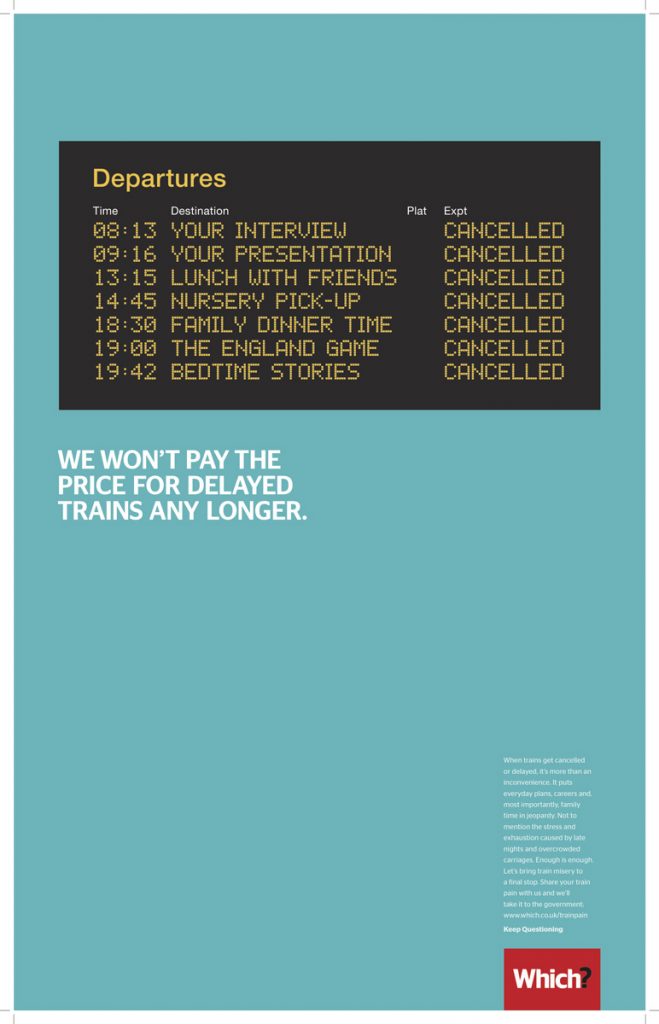 Which?, the consumer rights champion, is focusing on some of its most important campaign victories from the past 60 years, in new branding advertisements created by Grey London.

The ‘Making change happen’ campaign is running across a series of print and social media ads.  The agency was briefed to demonstrate the impact Which? has had on our lives since it was founded, and to rally support for current campaigns. This is the first time the organisation has put significant advertising spend specifically to raise public awareness about their role as a campaigner.

Various executions highlight how historically Which? successfully campaigned for the introduction of seatbelts in cars and for lead paint to be banned in children’s toys.

There is also an execution highlighting a new Which? campaign urging consumers to share their train pain and reveal the true, human cost of delayed trains. This evidence will be used by Which? to put pressure on the Government to force improvements and hold rail companies to account. 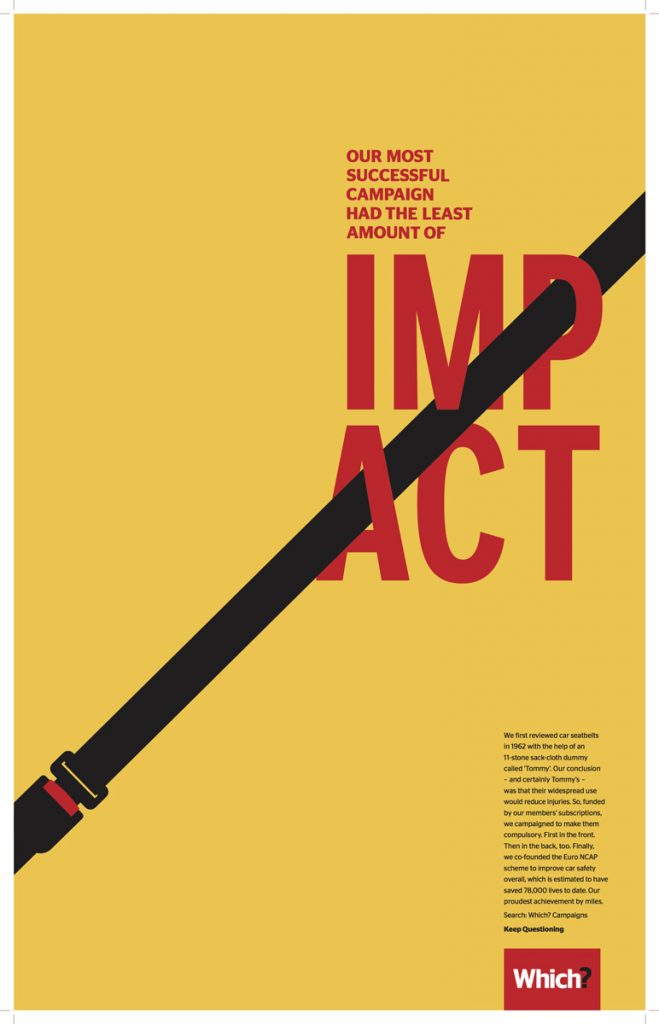 The ads are part of a wider campaign which launched earlier this year, with the first execution calling for action on dangerous appliances that could cause house fires.

The copy-rich ads highlight the philosophy that has guided Which? since 1957: ‘Keep Questioning’, with regard to products and any issues that affect consumers.

Sarah Threadgould said: “Which? has been making a positive difference for consumers for more than sixty years and this campaign is a celebration of some of the milestone consumer rights victories we’ve achieved.  But the work isn’t over. It’s important we keep questioning to make change happen on the issues that really impact people’s lives today – from the state of our railways to the dangerous products sitting in our homes.”

Nick Rowland from Grey London says: “It’s amazing to be able to work with a brand that has such a massive impact on people and society. We’re relishing the opportunity to help Which? reclaim their rightful place in British culture as a force for positive change.

The campaign breaks on Saturday 30 June. Media is by MC&C. 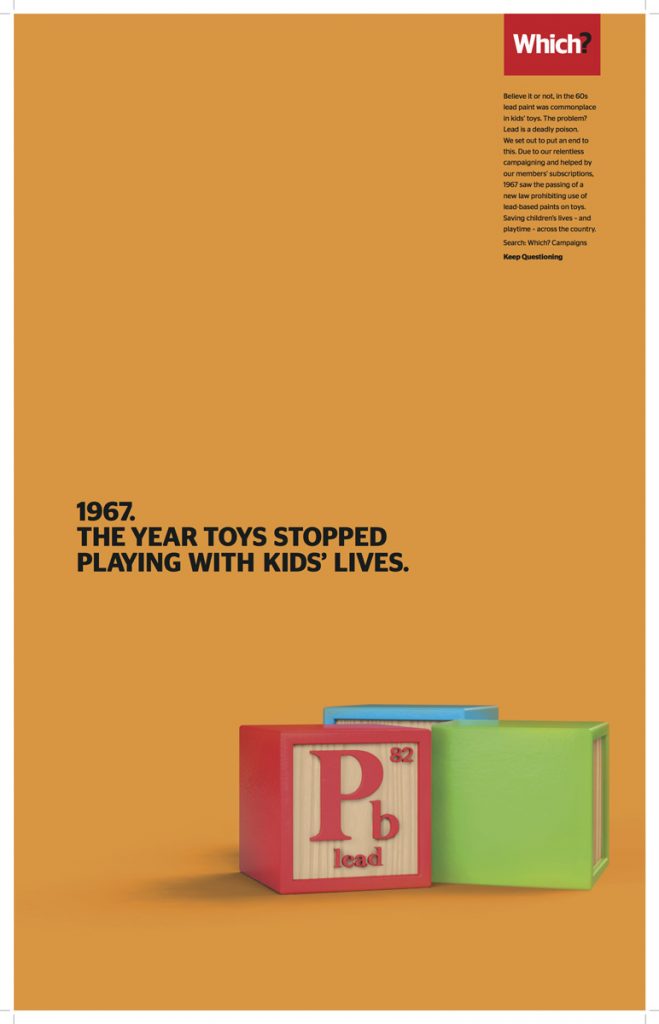 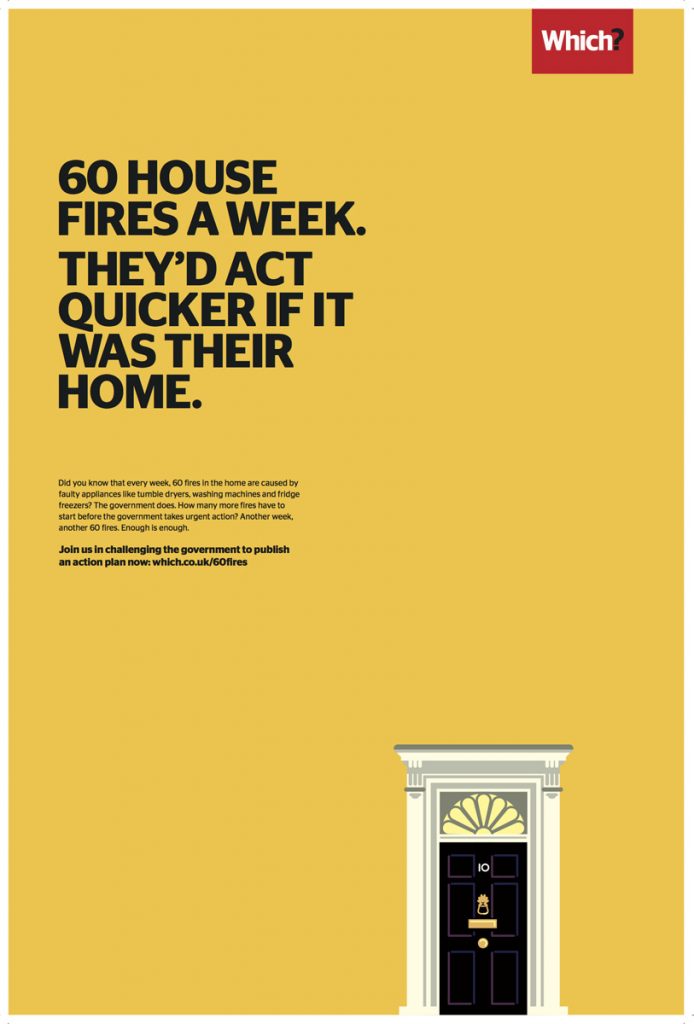 Which? highlights history of making change happen in new campaign by Grey London added by newsroom on June 29, 2018
View all posts by newsroom →