By newsroom on September 7, 2018Comments Off on Women’s Aid, WCRS and BBFC shine a light on the hidden victims of domestic abuse: children

Women’s Aid and WCRS – in collaboration with the British Board of Film Classification (BBFC) – have launched a new advert created specifically for cinema that highlights the realities for children growing up in abusive households.

Inspired by real experiences of domestic abuse, the advert – written and directed by WCRS’ Creative Director David Dearlove – was conceived with the express intention of gaining an 18 certificate. Then with the BBFC’s help, the violent scenes were removed, making the film suitable for children to watch. 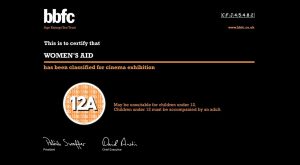 The resulting highly censored, highly disjointed advert is to be played in cinemas nationwide, leaving the audience to imagine what it must be like to be a child and witness such things, unedited. The film’s production was carried out by Riff Raff.

Working in collaboration with Digital Cinema Media, the campaign will run in cinemas across England from 7th September 2018 until the beginning of October. The campaign will also be supported online with a social media edit, accompanied by the hashtag #160kchildren.

Chris Ringsell, Creative Director at WCRS said: “It was important for us to expand on Women’s Aid’s full mission. Highlighting the effect domestic abuse has on children is vital for awareness and hopefully bringing about change. We are grateful for the insights and knowledge kindly offered up by survivors and the charity, it has made the film all the more powerful and poignant.”

Katie Ghose, Chief Executive of Women’s Aid, said: “With this campaign we wanted to shine a light on the hidden victims of domestic abuse: children. Children not only witness domestic abuse, they experience it. Thousands of children are living in homes filled with fear, frightened of what will happen next. By teaming up with BBFC and WCRS, we hope to make people think about the impact of domestic abuse on children. Every child deserves support to live free from fear and abuse. With your help, we can support the thousands of women and their children who are experiencing domestic abuse today.” 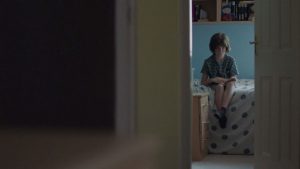 Daisy Kneer, child survivor and campaigner, said: “Giving a voice to young survivors and witnesses of domestic abuse is so important. As a child, I witnessed my dad turn from a loving father to a monster at the drop of a hat. My mum was able to use her experience to help women and children who have experienced abuse in her role as the CEO of Reigate and Banstead Women’s Aid. She has inspired me to tell my story to help others try to understand the wider effect of domestic abuse.”

Jeremy Kolesar, Creative Business Director, Digital Cinema Media, added: “We’re proud to support Women’s Aid to help raise awareness around the effects of domestic abuse. Cinema offers a powerful environment to land this important message and creating bespoke copy in this way has pushed the creative boundaries of our medium, enabling the campaign to reach a wide audience for maximum effect.”

Matthew Fone, Owner, Riff Raff Films added: “To help David (Dearlove), WCRS and Women’s Aid on this project was a pleasure purely for the simple fact that the idea was brilliant in its purpose to highlight how children are exposed to domestic abuse. To help get the crew and facilities David needed for the budget was a challenge but something we all here at Riff Raff thought more of as an opportunity than a challenge.”

Women’s Aid, WCRS and BBFC shine a light on the hidden victims of domestic abuse: children added by newsroom on September 7, 2018
View all posts by newsroom →