By newsroom on January 9, 2018Comments Off on WPP names Karen Blackett as first UK country manager 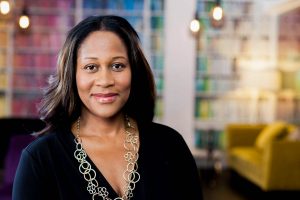 In an internal memo to staff, Sir Martin Sorrell said Blackett – currently chairwoman of MediaCom UK – will focus on WPP’s core strategic priority of horizontality, ensuring that the group’s companies “work together effectively and present a seamlessly integrated and simplified offer to clients”.

With revenues of approximately US$3 billion and almost 17,000 employees, the UK is WPP’s second-largest market worldwide.

Blackett will also support efforts to attract and retain the “best and most diverse talent”, generate cross-Group business opportunities and identify potential acquisitions and investments.

“Karen is known throughout and well beyond our industry as an exceptional and inspirational leader. Not only has she been central to the success of MediaCom – the UK’s largest media agency – she has also been a tireless champion of diversity in our business, in the wider sector and in public life in general,” Sorrell said.

“Please join me in congratulating Karen and give her your full support in this important new role.”

Blackett, who was MediaCom’s UK CEO between 2011 and 2015, received the OBE for services to media and communications in 2014, and in 2015 was the first business woman to be named Britain’s most influential black person.

She also launched the first ever Government-backed apprenticeship scheme for the advertising industry and became Chancellor of the University of Portsmouth earlier this year.