Alton Towers is to open the world’s first ever virtual reality rollercoaster, giving would be astronauts the chance to experience outer space up close.

‘Galactica’ will open in April and claims to be “the world’s first rollercoaster entirely customised for the full VR experience”. Users will be required to wear a headset in order to take a trip across “undiscovered galaxies”, which will synchronise with the ride’s loops, turns and drops. 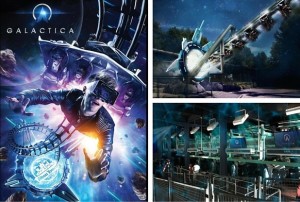 The theme park is joining the likes of Samsung, Google and Facebook by tapping into the trend for all things VR.

Launching with the force of 3.5gs, the ride comprises an 840-metre long track to simulate the feeling of flying.

The addition is the Staffordshire-based adventure park’s first new ride since its Smiler rollercoaster crashed in June, leaving five people with life-changing injuries.

The firm’s owner Merlin Entertainment “significantly reduced” its marketing activity and issued a £40m profit warning following the incident, which was blamed on “human error”.

Visitor numbers have decreased since then with 190 jobs reportedly still at risk as the resort looks to shutter on “quitter days”.