By newsroom on October 18, 2017Comments Off on Audi Unleashes Tactical, Data-Driven Roadside Campaign to Promote Intelligent and Intuitive Car Technology

The award-winning production and creative technology company, Grand Visual, has produced a smart, data-driven digital out of home campaign for Audi UK to enhance the brand’s agility in the digital space and increase awareness of the advanced intelligent technologies available in their latest models. The campaign runs across premium roadside screens on a nationwide scale from 16th October – 29th October.

Created by BBH and produced by Grand Visual, the campaign will bring the latest assistance technologies to life using traffic, time and weather data to trigger content that is contextually relevant at each location. For example, when the traffic is heavy, the creative will alert drivers to the ‘Pre-Sense’ feature; Audi’s in-built technology package for predictive safety. During adverse weather, creative will change to feature ‘quattro-on-demand’; Audi’s renowned all-wheel drive technology which brings safety, sportiness and performance to driving – ideal for rain, snow or hail conditions. The hero concept of “Audi as your sixth sense” will also feature.

The dynamic campaign is managed and distributed through digital out of home ad tech platform OpenLoop, which analyses Transport API’s and weather data and triggers the relevant creative for each roadside location. The media was planned and booked by Omnicom Media Group’s PHD and Talon and spans 211 screens, across 9 key cities. 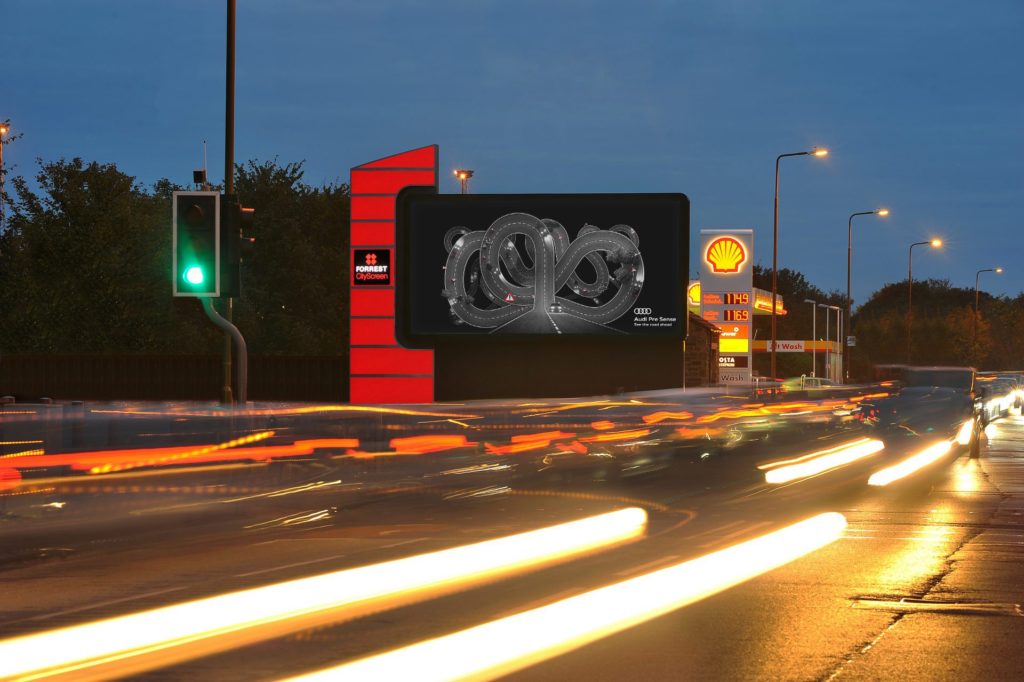 Benjamin Braun, Head of Marketing, Audi UK, said: “This is the first data-driven digital OOH campaign we have launched on a national scale. By using data to contextualise copy, we can reach drivers with targeted and tactical advertising messages that are relevant throughout the day, tapping into the driver’s mindset in the moment. That is powerful.”

Dan Dawson, Chief Creative Technology Officer at Grand Visual, added: “This campaign is a great fit for a brand that continues to be at the forefront of vehicle intelligence technology. Thanks to pioneering brands like Audi, data innovation in OOH is really beginning to take off. Data and technology coming together to complement idea-led communication and become the new creative standard.”

Ria Bradley, Client Director at Talon, said: “This is a great example of how we can integrate developing technology for a progressive client into contextually relevant media, amplified on over 200 screens in five Out of Home formats throughout the UK.”