By newsroom on August 14, 2017Comments Off on Carlsberg UK Brings ‘The Danish Way’ To Festivals This Summer 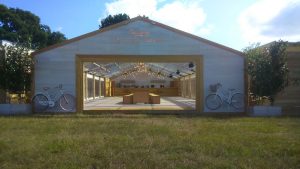 Carlsberg UK has kick started the festival season in true Scandinavian style with the launch of its new Danish Quarter, which so far this summer has welcomed festival-goers through its doors at Latitude Festival.

The five-year landmark sponsorship deal with Live Nation, one of the world’s leading live entertainment company behind some of the largest festivals in the UK, will underpin the £15m ‘The Danish Way’ campaign. 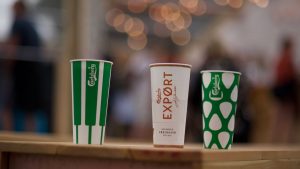 The Danish Quarter will travel the UK, bringing a unique touch of hygge to the festivals and creating a complete experience. Exclusive entertainment on offer will include live music, late-night DJs, a GIF booth and Danish masterclasses at festivals including Reading and Virgin V Festival Hylands Park. The Carlsberg Brew Master, Bhavya Mandanna, will also work alongside Danish restaurant Snaps+Rye to pair the best brews on offer with Scandinavian treats. 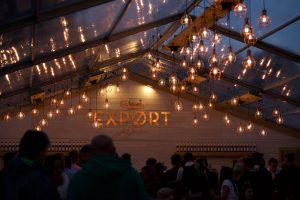 The Carlsberg Export VIP bar will be supporting the activity and brining ‘The Danish Way’ to a host of other festivals taking place across the summer, including Leeds, Virgin V Festival Weston Park and TRNSMT.

Liam Newton, vice president marketing at Carlsberg UK commented: “The Danish Quarter has been designed to amplify all of the fantastic activity we’ve been implementing both in the on and off-trade as part of our ‘The Danish Way’ campaign. As we continue to focus our efforts on connecting with millennial drinkers, we see this as another interactive and engaging key brand touch point in line with the broader strategy.”

Carlsberg UK Brings ‘The Danish Way’ To Festivals This Summer added by newsroom on August 14, 2017
View all posts by newsroom →