By newsroom on October 31, 2017Comments Off on KITKAT Gives Consumers (and Zombies) A Break From The Usual Halloween Clichés In Campaign With Tasty Twist On Classic Horror Tropes

Instead of brain hungry zombies chasing down unwitting or gullible humans, the global
campaign lets the audience take a break from the usual clichÃ©s that surrounds the global
festival of spookiness by having the undead running away from the living and eschewing
their fleshy treats in favour of KITKAT. 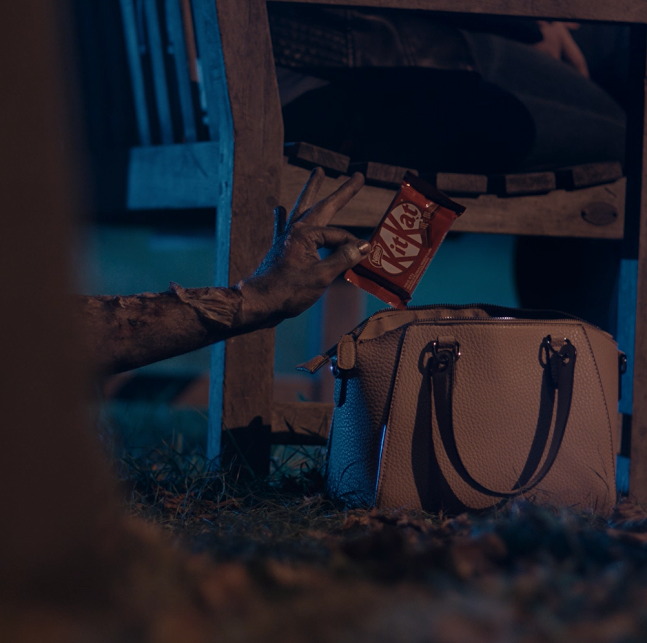 In â€œZombie Chaseâ€ a Zombie dashes out of a tunnel giving the impression that it is chasing aÂ human. However, in a move that turns the genre on its rotting head, a group of Humans thenÂ burst from the mouth of the tunnel chasing him for his KITKAT. He hides behind a car as theÂ rampaging living pour past, before he devours the fingers.

In â€œLiving Deadâ€ the classic young couple on a date sit down in the traditional mist filledÂ graveyard. As they whisper sweet nothings to each other a hand explodes out of a freshÂ grave behind them. It makes its way menacingly towards the couple, only to pinch a KITKATÂ from their bag and whisk it back to its grave.

Both films finish with the line â€œHave a Break from the Usualâ€. 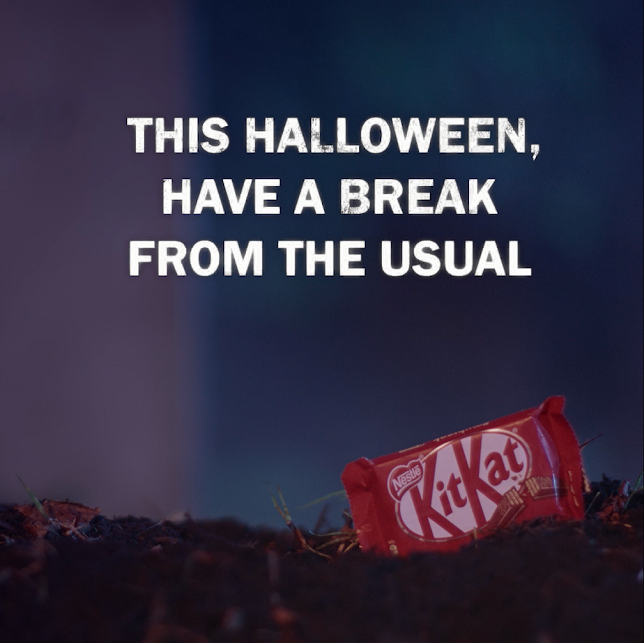 With the exception of sound design and someÂ graphics grading the entire campaign fromÂ creation, scripting, filming and editing to location, wardrobe and make-up was handledÂ completely by J. Walter Thompson Global and its in-house production company PACE.

The interactive fight element is a YouTube film where fans can choose whether Human orÂ Zombie hands win in a tug-of- war over a KITKAT.

The teasers and loops take key images from the films and add pithy comments such as aÂ shot of the Zombie holding a severed hand holding a KitKat with the caption: â€œWhen you consider giving up a whole arm for four fingers.â€

KITKAT Gives Consumers (and Zombies) A Break From The Usual Halloween Clichés In Campaign With Tasty Twist On Classic Horror Tropes added by newsroom on October 31, 2017
View all posts by newsroom →