By newsroom on July 20, 2015Comments Off on PSONA Group appoints Jamie Bell as executive creative director 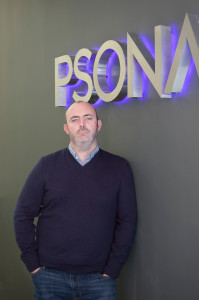 He will work across the Group’s three agencies: PSONA, PSONA Films and PSONA Social, with a remit to raise the creative bar across the full suite of clients and attract new business.

As creative partner at VCCPme Bell’s work included CRM and social for Kia, vendor relationship management for Channel 4, brand campaigns for Southern and South Eastern Trains, direct and social for MoreTh>n, as well as digital work for Three Barrels.

Bell is an award-winning creative who started his career at WCRS followed by roles at some of the most iconic agencies of their time, including M&C Saatchi, Burkitt DDB, Grey London and HTW where he learnt to live the media agnostic dream under the expert eye of legendary Steve Harrison. In 2008 he landed the top creative job at CMW (now Stack), building his digital and social media credentials for clients including Citroen, Cadbury, Kellogg’s and McCain.

Bell has judged the Campaign Big Awards since 2011 as well as the D&ADs, Cannes Lions and the DMA Awards. He has also won a number of awards including most recently a Sports Advertising Award and Digital Sponsorship Award for Nivea For Men and a gold B2B Marketing Award for his Samsung work.

Cotton said: “It’s great to have such a well-established creative brain on board with us here at PSONA Group. Jamie is going to be instrumental in driving creative excellence across the group. We spent a great deal of time looking for someone with the drive and hunger to really build our creative offering and that’s what we have in Jamie.”

Bell added: “The diversity of the role means that it is as challenging as it is inspiring and I can’t wait to get stuck into building a reputation for the Group.”