By newsroom on January 19, 2018Comments Off on Rodeo FX tagged to create visual effects for Justin Timberlake’s music video Supplies

Rodeo FX was tagged to create the visual effects for Justin Timberlake’s brand-new music video for his latest release, Supplies. The Montreal-based VFX studio’s Advertising team delivered over one hundred visual effects shots in under one month of production. 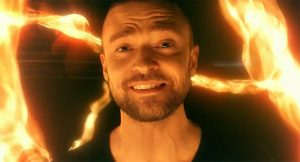 The video — from pre-production to delivery — was accomplished in a remarkably short time span, calling on Rodeo FX’s artists to combine their technical talent and dexterity with a certain artistic freedom, ultimately influencing and enhancing the final look of the video.

The newly released clip features 10 distinct scenes, each with unique technical and artistic requirements and challenges. Rodeo FX’s artistic design is seen throughout the video, including, for instance, in the white world and the post-apocalyptic world. The team’s VFX compositor was also given a certain carte blanche during the bridge scene to reinforce the sensual moment amid the chaos between the singer and actress Eiza Gonzales.

“For our team, this has been an extraordinary project in every way” said Erik Gagnon, Rodeo FX’s Art Director on Supplies. “After working with Dave Meyers on Katy Perry’s Swish Swish video, our team was excited to collaborate with him again, and of course we were thrilled to work with Justin Timberlake and his team. This project exemplifies the incredible talent and ability at Rodeo FX. Given the tight deadlines and constraints of this project, I’m incredibly proud of how our team came together to help and support one another and came up with efficient solutions to the challenges we faced, often of a complex nature.” 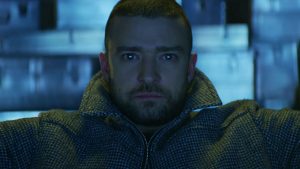 The technical complexity of this video is highlighted in the compositing that was done for the four main environment matte paintings, including green screen footage and crowd duplication. Another imposing challenge was creating the scene with the floating bodies, for which each person was filmed at 200 fps jumping on a trampoline.

For this scene, Rodeo FX used a Python plugin developed in-house for “art-directable particle system replacement” to set the bodies in the air. Erik Gagnon was on set for 4 nights of filming, including 3 with Justin Timberlake. A significant number of elements were filmed by the 2nd unit. The visual effects for this video were created using Flame, Nuke and 3Dequalizer for tracking.