The pair teamed up with DDB Stockholm and Samsung to create a unique concert that could be experienced from all 360ᵒ angles. The concert was live streamed exclusively to 360 fans, digitally seated around the stage. 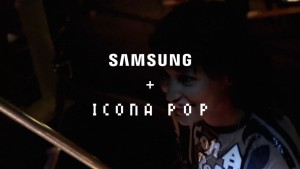 “With this project. We really wanted to highlight what Samsung’s 360 speaker can do.” Comments Dennis Phang, creative at DDB Stockholm.

“It’s a complete contrast to the experience of directional speakers which people are generally accustomed to. So, we figured the best way to demonstrate it was to let 360 people experience it from one angle each. The great thing is that speaker can be placed in the middle of a room which incites a new type of social listening. It becomes something to gather around. We wanted to create this intimate and social music experience online – one that generates a special bond between those who participate. It was nice to let Samsung treat music lovers with something special but aslo had the added bonus of being an exciting new project for me and my colleague Martin Runfors.”

“Together with Icona Pop we wanted to deliver music in a whole new way.” Adds Rebecca Jerndahl, account director at DDB Stockholm. –  “Thanks to Samsung’s 360 speaker the audience got to experience the duo from all angles, each and every one of them with the same fantastic but unique sound experience. Now we’re releasing the interactive concert for everyone” 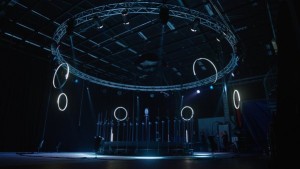 From One Direction to Every Direction

Earlier this year acclaimed Swedish pop duo Icona Pop hit the road with One Direction touring the US. This time it’s a different kind of concert. Together with Samsung and the launch of their new 360° speaker, Samsung invited people to listen to Icona Pop from a Circle of Sound.

Icona Pop is a Swedish electro pop duo formed in 2009. Since then, they’ve reached the Billboard list several times, reaching the Top 10 with their single ‘I Love it’. In recent years they have toured with Katy Perry and Miley Cyrus. Earlier this year they released ‘Emergency’, currently with over 39 million plays on Spotify and remixed several times.

“Instead of releasing our song in a traditional way, we wanted do something unique and direct to our fans. Our friends at Samsung made it possible to do something which has never been done before in the music industry.” Says Caroline Hjelt from Icona Pop. 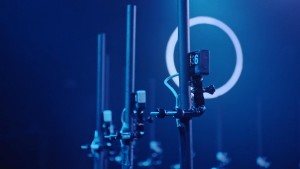