By newsroom on November 16, 2018Comments Off on Sir Rod Stewart appears as a sea singing turtle in SodaStream’s campaign against plastic pollution

The video features a singing sea turtle calling on people to take responsibility and make the simple and meaningful life change of going reusable. It acts as a metaphor for the green hills and blue oceans that have, over the years, become littered by plastic waste.

“Plastic has become a pandemic threat with its impact upon human health still unknown, but with devastating environmental consequences to our oceans and marine life,” said Daniel Birnbaum CEO of SodaStream. “In this campaign, we wanted to give a voice to marine animals and, together with them, encourage people and corporations to switch from single-use plastic to reusable packaging.” 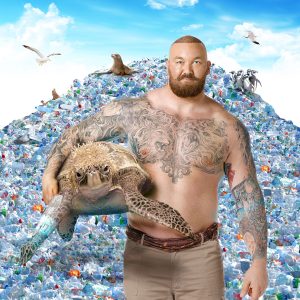 “I have a great love for our oceans and marine life and was happy to lend my voice and support to this campaign,” commented Sir Rod Stewart. “If it helps raise awareness and effect simple changes like switching to reusable bottles then I’m honoured to be a part of it.”

The video has been launched in tandem with a campaign website, where SodaStream encourages consumers to take a stand against single-use plastic.

“While one reusable SodaStream bottle can save thousands of single-use plastic bottles, the world needs to change more than just its drinking habits to combat the global pollution hazard. We should all do our best to shift away from single-use plastic including straws, cups, bags and bottles,” continued Birnbaum. “SodaStream hopes that this campaign will encourage many to make the change. It’s in our hands.”

Sir Rod Stewart appears as a sea singing turtle in SodaStream’s campaign against plastic pollution added by newsroom on November 16, 2018
View all posts by newsroom →