By newsroom on August 7, 2018Comments Off on System1 Agency Releases PSA Film to Fight Texting and Driving

A powerful, two-minute film to help change people’s attitudes and behaviours around the global issue of texting and driving was released by System1 Agency.

The National Safety Council reports that cell phone use while driving leads to 1.6 million collisions in the U.S. alone each year. To help address this continuing problem, System1 Agency wanted to use its knowledge of and expertise in behavioural science to create an emotional film with the aim of changing people’s attitudes and behaviours around this issue.

The film, created in partnership with production company, UNIT9’s director duo, A Common Future, shows how a couple’s young love is tragically and needlessly cut short due to texting while driving. 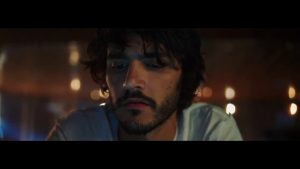 The film alludes to a pivotal moment in the couple’s relationship, where long-term commitments are possibly about to be made, when suddenly the viewer is robbed of what happens next. The film concludes by stating, “There’s No Next If You Text.”

“System1 Agency is proud to partner with UNIT9’s director duo, A Common Future, on this important film that uses emotional storytelling to shed light on an issue that affects the lives of so many people across the globe,” said Paul Spriggs, President, Americas, System1 Agency.

“The film impacts people’s emotions and has the potential to change behaviour. Our hope is that it will emotionally touch everyone who sees it, given we all text and may distract someone who is driving. Sharing it through social media ensures as many people as possible are able to see it.”

System1 Agency wanted to take this approach to corporate social responsibility (CSR) because it knew it could have an impact. “There’s No Next If You Text” researched in the top 1% of all films tested, in terms of emotional response.

System1 Agency Releases PSA Film to Fight Texting and Driving added by newsroom on August 7, 2018
View all posts by newsroom →