Introducing 40 Global Cultural Shifts Shaping Our World, from Body Debates to Platform Politics to Roots Revival This Isn’t Just a Trend Report. It’s a Glimpse Into a New Chapter of Our History. Welcome to Year Zero. 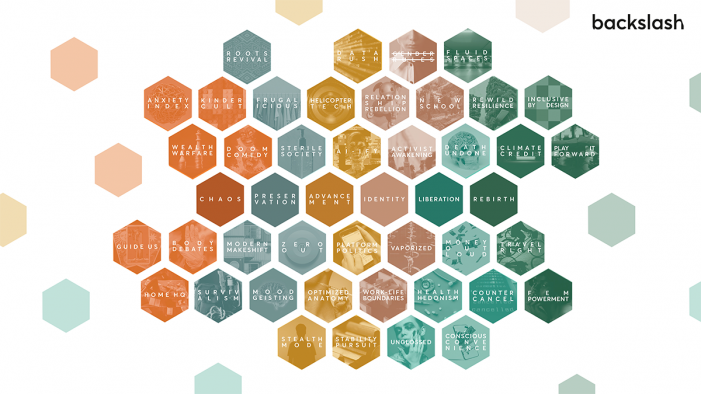 Today Backslash, the cultural intelligence unit of TBWA\Worldwide, released its annual glossary of Edges. More than a trend, an Edge is defined as a meaningful cultural shift that has the scale and longevity to propel a brand toward a greater share of the future. Backslash examines cultural shifts with an eye toward business impact, identifying […]