By newsroom on August 24, 2015Comments Off on TBWA Announces Merger of Operations in Canada 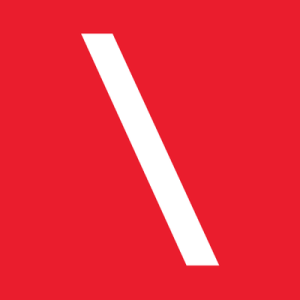 The Juniper Park partnership team of CEO Jill Nykoliation and Chief Creative Officers Terry Drummond, Alan Madill and Barry Quinn will lead the office, reporting to TBWA Worldwide President and CEO Troy Ruhanen. Jay Bertram, current President of TBWA\Canada and head of the Toronto office, will depart the network to explore new opportunities at the end of September.

The two Toronto-based shops will combine their staff under one roof in the Juniper Park space next month, and will operate a combined roster of clients that includes CIBC, Nissan, eos, Miller Lite, PepsiCo, Petro-Canada, Pfizer and Virgin Mobile.

“The potential to bring together the dynamic creative culture of TBWA and its emerging digital prowess, with Juniper Park’s strategic and creative design capabilities became too great an opportunity to resist,” said Ruhanen. “Both agencies are individually strong, but together they not only become a force in Canada, they now allow the network to have a stronger than ever presence in three major North American cities — New York, L.A. and Toronto.”

He added: “Beyond being a great friend, Jay Bertram has been a great asset to the TBWA family for many years and was profoundly instrumental in growing and enriching our brand in Canada and beyond. He has chosen this moment to start a new journey knowing that he has positioned the agency and its people in the best possible place with this merger. We wish him the best in all opportunities that lie ahead.”

A longtime Omnicom agency partner, Juniper Park officially joined the TBWA network in March as part of a global market restructure to help strengthen TBWA’s footprint in the North American market, as well as broaden its design capabilities. The two agencies have a strong history of collaborating on many North American clients, including Miller Lite, Henkel and PepsiCo.

Nykoliation, who is part of TBWA’s global management team, said, “Uniting as Juniper Park\TBWA brings further scale and momentum to our team and our clients. We already work with TBWA offices around the world. This merger formalizes a relationship that is well underway.”

“Juniper Park has practiced disruptive creative and design thinking from its inception. And we greatly respect TBWA’s focus on creating iconic work. This is a terrific match,” said Barry Quinn, CCO.

Jay Bertram, who has been overseeing TBWA’s Canadian operations, will depart at the end of September. “I have truly valued my time at TBWA,” said Bertram. “I want to thank both Troy and Tom [Caroll] for their continued support, as well as our clients for being such fantastic longstanding partners. I give my full support to this merger of two great creative cultures, coming together to form a powerhouse agency to be reckoned with.”

TBWA Announces Merger of Operations in Canada added by newsroom on August 24, 2015
View all posts by newsroom →