By newsroom on September 7, 2015Comments Off on The BBC eyes services for Russia and North Korea 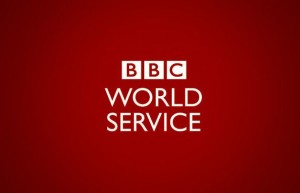 The BBC is planning a significant expansion of the BBC World Service to take it further in Russia and North Korea.

The expansion plans could see the corporation launch a satellite TV service for Russian speakers or release content on YouTube or Russian equivalent Rutube as well as daily radio news programme for North Korea.

It is also considering additional services in North Africa and the Middle East through more regional content as well as a broader digital and mobile offerings in India and Nigeria.

The BBC is facing increasing scrutiny over the depth and breadth of its services even more so after taking over the £245m annual cost of the World Service from the Foreign and Commonwealth Office. Currently, the World Service, which reaches 210 million people worldwide a week

Justifying the investment in an expansion of services, a BBC source told the Guardian that it is about establishing “Britain’s place in the world.”

“It is above the politics of the debates about the BBC’s future. It has to be a national priority. Other news outlets are growing globally and many do not share our traditions and values. We have a strong commitment to uphold global democracy through accurate, impartial and independent news. There should no longer be any no-go countries for the World Service.”

Funding will comes through additional support from the government however the commercial arm has devised a plan that will see it match any increase in public funding with an increase in advertising and sponsorship agreements. Currently that generates more than £100m.

The BBC eyes services for Russia and North Korea added by newsroom on September 7, 2015
View all posts by newsroom →