By newsroom on May 14, 2013Comments Off on ‘The Puma Dance Dictionary’ by Grey London

Before there were words, texts, tweets, we had body language.

The Puma ‘Dance Dictionary’ is a new language of dance created to launch the new Puma Sync Fragrances.

A form of non-verbal communication that enables people to speak with their bodies, encrypting words into dance moves.

At the heart of the Dance Dictionary is a unique messaging platform that translates words into dance. A social tool that lets people dance the things they would dare not say. 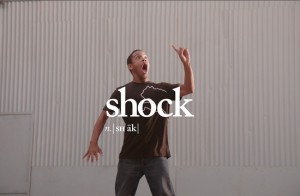 Each word of the message is converted into a unique dance move and edited together to form a whole sentence. This video can then be shared on social networks or e-mailed to someone directly.

More expressive than a status update. Cooler than a tweet. More flirtatious than text.

Beyond the message translator, the Dance Dictionary will serve as a comprehensive inventory of Dance moves and their definitions for Freestylers.

Brooklyn based Dancehall producer Dre Skull has collaborated with vocalists Megan James and Popcaan to create a track for the Dance Dictionary which launched last week.

A music video to accompany the track has been shot by multi award winning Director, Daniel Wolf.

‘The Puma Dance Dictionary’ by Grey London added by newsroom on May 14, 2013
View all posts by newsroom →