By newsroom on September 20, 2018Comments Off on “Turn off the automatic” says São Paulo Art Biennial campaign

Algorithms have become so present in people’s lives that they can influence hundreds of our decisions every day without even being noticed. With eyes fixed on smartphones, desktops, TVs, and other screens, people are impacted by mathematical formulas that help to create a strange pattern about movies or shows they watch, products they buy, and even some behaviours. Facing this sick scenario, how about to get out of the bubble? 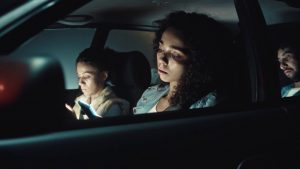 In its 33th edition, the São Paulo Art Biennial – which takes place in the biggest city in Brazil until December 9, with free admission – invites you to reflect through the campaign “Turn off the automatic”, created by Tech and Soul agency. Planned since March, the communication presents a film of great impact, with exhibition in prime time of TV; several pieces for print and out-of-home media; and geolocation strategy for those who are close to the event.

The main goal is to show people that by going to the Biennial, they will “turn off the automatic” after get inspired by seeing new things and broaden their horizons. In the end, they will regain the ability to decide for themselves, and not for data or technology, if they like something or not.

“The campaign provokes us about the importance we are giving to the algorithms in our lives. We live in the age of attention and we need to ask ourselves if it’s time to change some of the habits we have acquired with technology. Art, represented here by the Biennial, serves precisely for this kind of reflection,” says Flavio Waiteman, partner and CCO of Tech and Soul. “Art has the ability to get us out of our bubbles and become aware of our attention. We have to reprogram our brains to get rid of the mastery of algorithms. Spending some time at the Biennial is a great exercise to reconnect with yourself.”

The “Turn off the Automatic” campaign film works with the tension of people “dominated” by the screens of their phones, instead of paying attention to their family during dinner, or to the way while driving their cars. The soundtrack emerges as a creative aspect that reinforces the power of technology and algorithms over those who are “in the bubble.” In the end, calm images of the Biennial environment make a counterpoint and arouse interest in the event.

With broken smartphone screens as background, print and OOH ads bring messages that ask people to reflect about common habits by visiting the Biennial. In addition, platforms such as Waze, Facebook and Instagram compose a form of communication based on geolocation and algorithm intelligence, inviting people near Biennial – which takes place at the Ciccillo Matarazzo Pavilion, in Ibirapuera Park – to visit the greatest event of arts in Brazil.

“The curious part is the paradox to use geolocation in a campaign that asks people to turn off their phones. The goal is to show how much visiting the Biennial can be positive at that moment. It is a democratic environment, open to everyone, which can help in questioning and reflecting on the relevance of having control over our own decisions,” Waiteman concludes.

“Turn off the automatic” says São Paulo Art Biennial campaign added by newsroom on September 20, 2018
View all posts by newsroom →