By newsroom on October 5, 2018Comments Off on Zebedee celebrates diverse personalities of people with cerebral palsy in new campaign by ELVIS 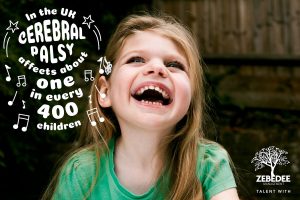 Zebedee Management, the talent agency which specialises in supplying diverse models, actors and performers, has announced the launch of a new campaign which aims to raise awareness of cerebral palsy on World Cerebral Palsy Day, Saturday 6th October. The initiative was developed in partnership with creative agency ELVIS.

The campaign, ‘Talent With’, aims to showcase the diverse personalities and passions of a broad cross-section of people with cerebral palsy. Zebedee commissioned 13 different photographers to shoot portraits of 24 models, all of whom have cerebral palsy. 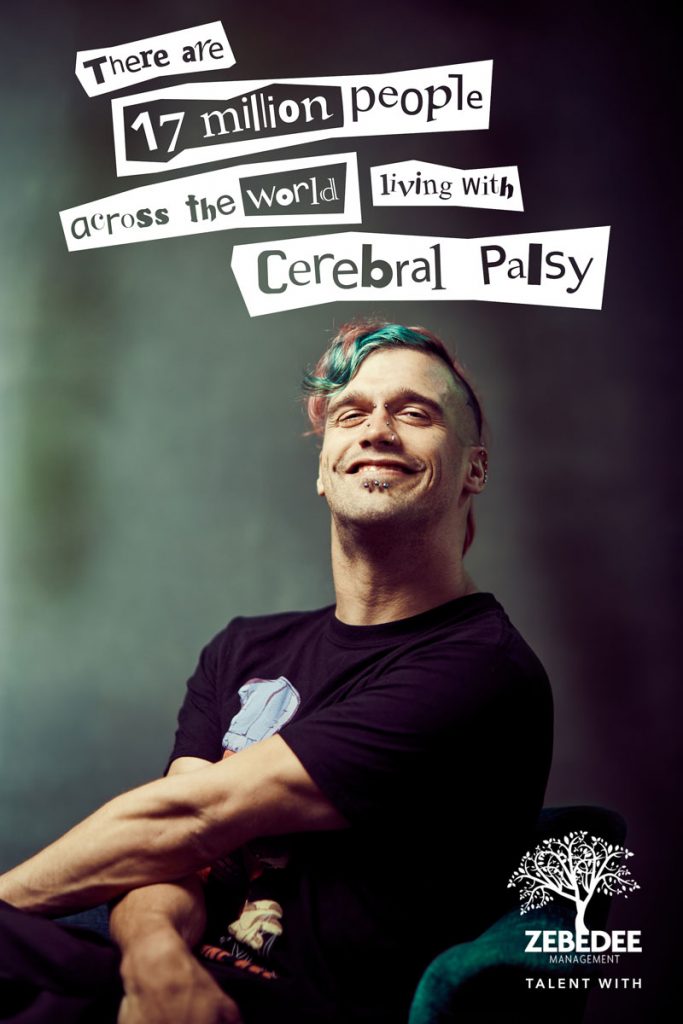 The featured models come from a variety of backgrounds and have diverse interests, ranging from four-year-old train enthusiast, Iyass Baba, through to world number twelve wheelchair tennis player, James Shaw.

Each execution features a portrait of a different model, alongside a statistic or fact about cerebral palsy. The ads use varied typographical styles to reflect the diverse personalities and interests of their stars. The campaign’s photographers were asked to use a green colour palette to echo World Cerebral Palsy Day’s branding. The ads will be distributed via social channels.

Zebedee and ELVIS are launching the campaign to mark World Cerebral Palsy Day on Saturday 6th October. World Cerebral Palsy Day is a movement of people with cerebral palsy and their families, and the organisations that support them, in more than 65 countries. Its vision is to ensure that children and adults with cerebral palsy have the same rights, access and opportunities as everyone else. 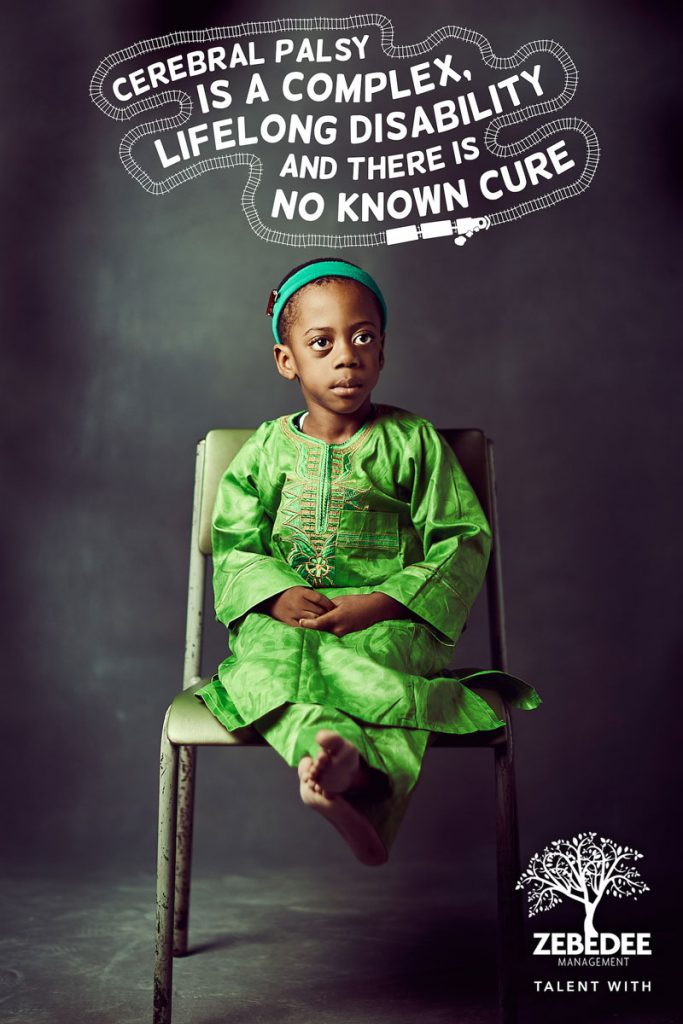 Cerebral palsy is a permanent disability that affects movement. Usually caused by an injury to the brain before, during or after birth, its impact can range from a weakness in one hand, to almost a complete lack of voluntary movement.

The campaign is part of Zebedee’s ongoing drive to redefine perceptions of beauty, disability and diversity. It plans to run further ‘Talent With’ campaigns in future as a way to highlight and raise awareness about different disabilities and conditions. Zebedee is the talent agency behind the models featured in the River Island campaign, #LabelsAreForClothes, and the new M&S ‘easy dressing’ range of clothes for children with disabilities.

Zoe Proctor, Director, Zebedee Management, said: “Many of the people Zebedee represent who have cerebral palsy are creative, artistic or musical. Many have degrees, work in full- or part-time employment and life a very full and contented life. Some are sports people who compete at the highest level. Many live independently with little to no support, while others have one-to-one 24-hour help. With this campaign, we wanted to celebrate these individuals and their diverse interests, while highlighting the impact that cerebral palsy has on their lives.” 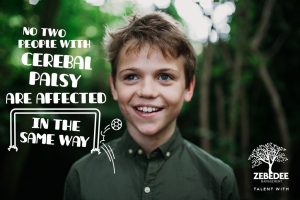 Emma Gardner, Managing Partner, Operations, ELVIS, added: “We’re passionate about ensuring that people with disabilities are better represented in advertising, so we’re very proud to be partnering with Zebedee on this initiative. The campaign’s beautiful photography and quirky typography really bring to life the unique personalities of the individuals with cerebral palsy that Zebedee represents. We hope it will help people to better understand cerebral palsy and the people affected by it.”

Zebedee celebrates diverse personalities of people with cerebral palsy in new campaign by ELVIS added by newsroom on October 5, 2018
View all posts by newsroom →