By newsroom on September 2, 2015Comments Off on Adidas taps Instagram stars for female-focused ‘Energy Running’ campaign

is hoping to connect to urban women around the world by kickstarting a movement which it is calling Energy Running, through an influencer-supported advertising and events drive.

“Energy Running is about more than lacing up and logging miles,” said Adrian Leek, general manager of Adidas Running. “It’s a sport-driven social movement that’s just as much about putting a smile on your face and earning a like on your feed as it is about breaking a sweat and beating your best.”

The brand has assembled a number of influential, but not necessarily professional, female runners from cities including Tokyo, New York, Moscow and Rio de Janeiro. From London it has picked Sophie Christabel, who writes the Pretty Fit blog. 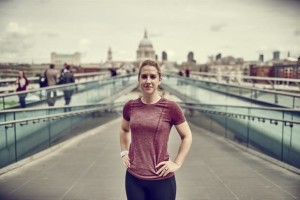 “The female runners we focus on are inspired by socially relevant peers they can easily relate to and aspire to be like, which is why influencers will play such a significant role in our marketing campaigns going forward,” said Leek.

To kick off the campaign, Adidas has released an online film which is called ‘This is Energy Running’ and features the influencers running alongside professional sprinters Tori Bowie of the US and Jamaican Warren Weir.