BMB hires Louise Sloper as its new Head of Art

By newsroom on February 25, 2016Comments Off on BMB hires Louise Sloper as its new Head of Art 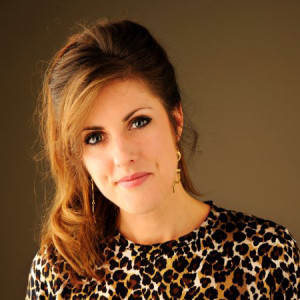 BMB has boosted its creative offering by hiring Louise Sloper to the new role of Head of Art.

Sloper, who was previously Head of Art & Design at CHI & Partners, will be responsible for ensuring the highest level of quality and craft goes into every aspect of the agency’s visual output, across print ads, idents, long-form and short-form video.

She reports into BMB Executive Creative Director Matt Waller and will work across all clients.

Sloper joined CHI & Partners as Head of Design in 2014 and during her time there she worked on rebrands for clients including Argos, British Gas, and TalkTalk.

Prior to that, she held the same position at BETC London as part of the agency’s founding team, where she worked on the Bacardi global rebrand and the award-winning Cockburn’s “Pronounce Responsibly” campaign. She has also worked at BBH, JWT and M&C Saatchi.

Matt Waller said: “Louise is a champion of creative and has a free remit to sprinkle her magic dust over everything that she sees. We are lucky to have her.”

Louise Sloper said: “The opportunity to work alongside Matt and the fantastic team here at BMB and to enhance and grow the creative output across an increasingly diverse landscape was too tempting to turn down.”

BMB hires Louise Sloper as its new Head of Art added by newsroom on February 25, 2016
View all posts by newsroom →