By newsroom on December 22, 2015Comments Off on Bose hires Grey London as it takes the fight to Beats 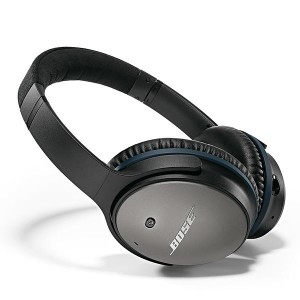 Bose, the high-end audio equipment manufacturer, has appointed Grey London to its global creative business as it seeks to recover share from Beats By Dre.

The agency is understood to have beat off competition from fellow WPP agency J Walter Thompson, the Omnicom network BBDO, Publicis Groupe’s Saatchi & Saatchi and the independent shop VCCP to win the business.

Bose has come under increasing pressure in recent years following the rise of Beats by Dre, which has developed high-profile ad campaigns featuring sportsmen with R/GA London.

Beats, which was bought by Apple for $3 billion last year, now reportedly accounts for 70 per cent of the premium headphones market.

However, Bose has recently developed it own links to a number of sports. NFL coaches have worn Bose noise cancelling headphones since the beginning of last season as part of a wider sponsorship. Bose also signed a partnership with Mercedes Formula One team earlier in 2015.

In September Bose published 30-second spots following NFL players getting ready for the new season. Other ads have featured the Formula One racing drivers Lewis Hamilton and Nico Rosberg and the golfer Rory McIlroy.

Bose hires Grey London as it takes the fight to Beats added by newsroom on December 22, 2015
View all posts by newsroom →