Cannes Lions to honour Marcello Serpa as the Lion of St. Mark

By on March 2, 2016Comments Off on Cannes Lions to honour Marcello Serpa as the Lion of St. Mark 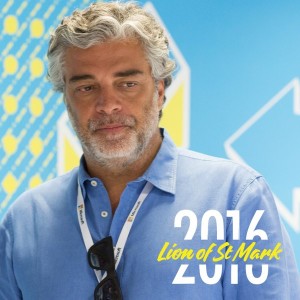 The Cannes Lions International Festival of Creativity has announced that it will honour industry great Marcello Serpa with the Lion of St. Mark at 2016’s Festival.

“The Lion of St. Mark recognises individuals who have made significant and outstanding contributions to creativity across our industry,” said Philip Thomas, CEO, Cannes Lions. “Marcello’s achievements are known the world over, but perhaps most notably he was responsible for taking home Latin America’s first Grand Prix in 1993. He’s since served on juries four times, twice as president, and during his tenure, AlmapBBDO won Agency of the Year three times.”

After successes at GGK, DPZ and DM9, Serpa moved to AlmapBBDO in 1993, where together with José Luiz Madeira, they brought the agency out of deep decline and built it into one of the most successful agencies in São Paulo. Over two decades later, Serpa is recognised as the most awarded art director in Brazil, having won more than 160 Lions. His Grand Prix winning work has included the 1993 print campaign for Guarana and the 2010 print campaign for Billboard, ‘Britney’, ‘Eminem’, ‘Marilyn’, ‘Bono’ and ‘Amy’.

Thomas continued, “My strongest memory of Marcello is when he was President of the Press Jury in 2013 – as the Jury introduced themselves one by one, they were clearly more honoured to have him as their leader than they were even to have been chosen for the Jury in the first place. He truly epitomises what this award stands for.”

Speaking about the award, Serpa said, “My life and career would be completely different, and probably a bit boring, if Cannes Lions did not exist. Those small stairs to the stage are connected to me and I have always watched with envy and admiration some creative legends stand at the top of them. I feel honoured, dizzy and extremely happy to be recognised as a stand-out within the industry. This award is like giving a shot of adrenaline directly into the ego of anyone in the business.”

Serpa will be presented with the Lion of St. Mark during the awards ceremony on Saturday 25 June. Cannes Lions offers an annual meeting place for the global creative communications industry and will take place from 18-25 June in Cannes, France.

Cannes Lions to honour Marcello Serpa as the Lion of St. Mark added by on March 2, 2016
View all posts by →