Cashing in on the cute factor; is a ‘Puggerfly’ a step too far?

By newsroom on June 5, 2018Comments Off on Cashing in on the cute factor; is a ‘Puggerfly’ a step too far?

Brands and marketing execs are coming under fire for using animals in advertising, particularly fashionable flat-faced dogs like Pugs, Frenchies and English Bulldogs. Heinz, Costa, Comic Relief, HSBC and most recently Three UK with their Snapchat ‘Puggerfly’ have attracted criticism for using these breeds in their ad campaigns.

Many claim they’re adding to the breeds’ popularity, and ultimately their suffering, by doing so. But why are they so popular, and what’s the problem with featuring them? 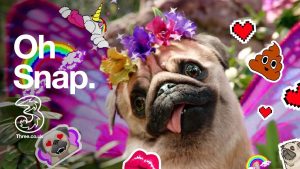 Oddly, we find these dogs so endearing because they resemble human babies. Large, protruding eyes, bulging round foreheads, wrinkly skin and human-like expressions regularly prompt a resounding “Aww, so cute. I want one” whether viewed on billboards, TV or buses. It’s in our nature to nurture.

But dogs were never meant to look this way. Somewhere along the line we decided flatter faces were more desirable. We decided to only breed from dogs with increasingly exaggerated features. The Pug we know today is a far cry from the lean, leggy Pug with a terrier-shaped snout of the 1800’s. Through selective breeding for the show ring (and ‘cuteness’ factor) we’ve manipulated and mutated these dogs into a distortion of their former selves.

The result is that these breeds now suffer from countless health problems; painful eye ulcers, compressed spines, inflamed skin fold infections and most worryingly of all, an inability to breathe freely due to their squashed faces and compromised airway.

The all too frequent response when highlighting these features as signs of disease or poor welfare is an incredulous “That’s normal for a Pug/Frenchie/Bulldog”. But the ‘new normal’ is resulting in a serious animal welfare crisis. 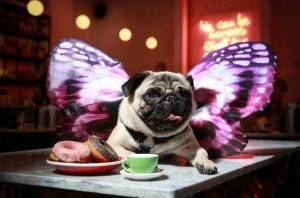 Bulldogs and Pugs are surging in popularity, in no small part due to their increasing use in advertising. Which is why brands are coming under pressure to stop popularising and normalising their extreme features. French Bulldogs are set to knock the Labrador off the top spot this year as most popular UK dog breed for the first time in 27 years.

Breeders are cashing in to meet the rising demand for ‘designer dogs’. Illegal imports of poorly bred puppies are increasing. Even seemingly responsible breeders are ignoring the fact that many of their ‘well bred’ puppies still face a host of health issues and an inability to live a normal, active dog lifestyle. It’s a direct result of the physical limitations we’ve imposed on them for appearance’ sake.

Unwitting pet owners find their adorable new puppy turns into a dog with serious health problems, needing expensive, risky surgery to restore quality of life. Potential pet owners bombarded with these images day in, day out often don’t understand the financial difficulty and emotional heartbreak they may face down the line with these breeds.

So do advertisers have a moral responsibility to improve animal welfare? Almost every UK veterinary and animal welfare organisation say we do. Even the Kennel Club themselves are urging brands to stop using these breeds as they’re indirectly contributing to a growing welfare crisis. 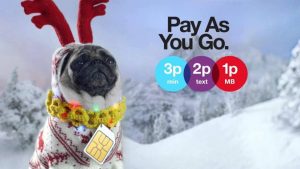 Is putting social media engagement over animal welfare acceptable? Should we feature these breeds in our campaigns because we know our audience will coo and fawn over them? It may not be an obvious link but building brand love can come at the later expense of dog suffering.

The latest ‘Puggerfly’ campaign by Three UK is a case in point. Declared by the brand as “100% adorable”, its exaggerated CGI Pug normalises and glorifies all the physical problems the breed has to endure. Obese, panting, bulging eyes looking in opposite directions, an oversized tongue hanging out of its mouth, snuffling and snorting as it flies about on butterfly wings. Adorable? Perhaps not.

So where does moral marketing begin and end, and with who? Despite countless vets, animal welfare advocates and concerned dog lovers getting in touch on social media to raise their concerns, Three UK remained silent. And the Puggerfly campaign continues apace. Should advertisers acknowledge the pleas of veterinary professionals and animal welfare experts to change our habits? Can we as an industry commit to safeguarding the welfare of dogs, by ending our temptation to cash in on the cute factor? 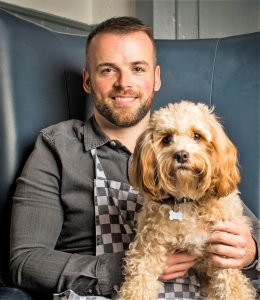 Having always been fascinated by animals and nature, Sean was determined to become a vet from a young age. Following a degree in Animal Science, Sean trained at University College Dublin and started his veterinary career in clinical practice treating a wide range of species, both domestic and exotic, including some zoo work.

He has a passion for animal welfare as well as a keen interest in nutrition and the role it plays in animal health. After six years in private clinical practice, Sean joined the team at tails.com as their Head Vet in early 2016.

In his role with tails.com, he acts as the voice of dog health and welfare for all areas of the business including new product development, technical support and advice to allow the business to cater for more and more dogs with multiple, complex needs as well as leading in-house training on dog health and nutrition. He and his team including several vet nurses offer free advice to customers and he regularly lectures within the veterinary community on nutrition topics.

Cashing in on the cute factor; is a ‘Puggerfly’ a step too far? added by newsroom on June 5, 2018
View all posts by newsroom →